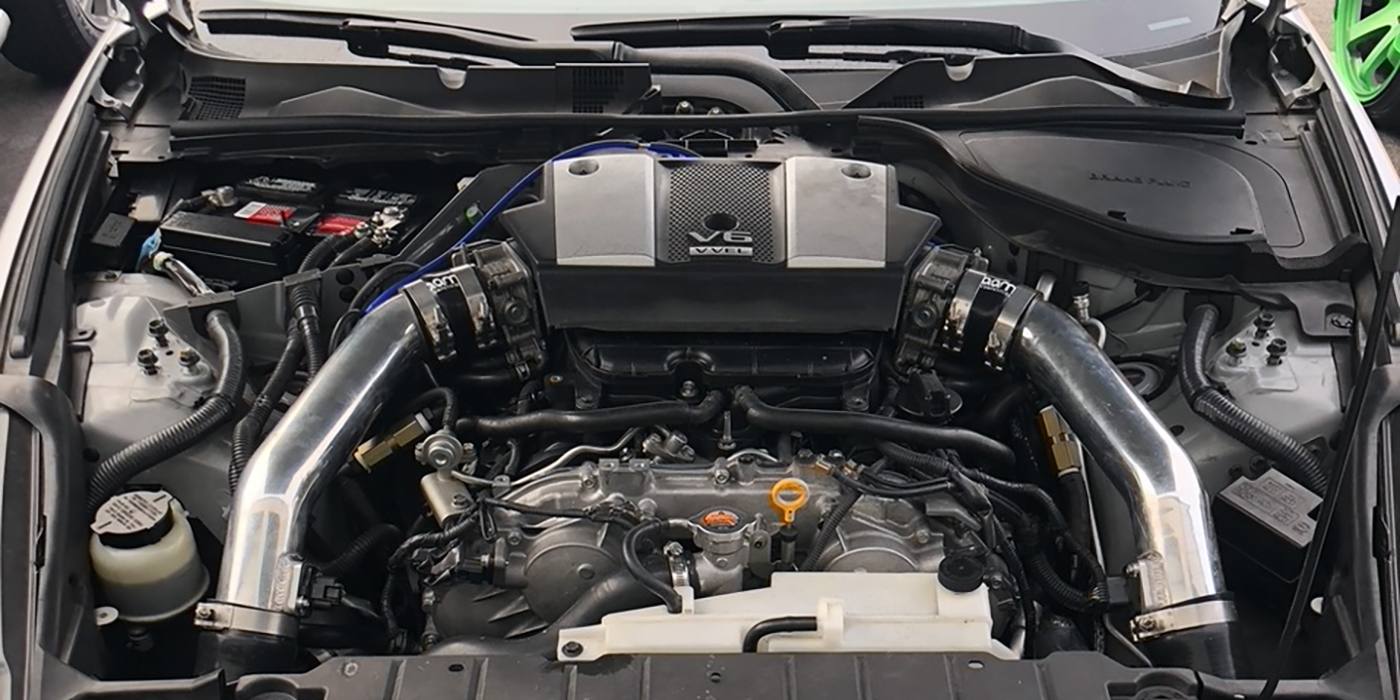 Find out what went into building the powerful twin-turbo import.

The large majority of folks in the automotive industry knew they wanted to work on cars at a young age. That wasn’t the case for Derek Cho-Sam. Derek went to college with the aim of being an accountant. At least, that was his initial plan.

Growing up, Derek’s dad worked on cars and his uncles did too. In fact, one of Derek’s uncles even owns a diesel shop. It probably only took a couple of accounting classes before Derek remembered his roots in automotive work and quickly changed his course load.

“I wasn’t actually sure what I was going to do,” Cho-Sam says. “I guess the car thing was around me all the time, but I didn’t pay attention to it too much. In college, I started taking automotive classes and I ended up graduating with an automotive degree. A buddy of mine worked at a dealership and asked if I wanted to work there, so I started working at a Toyota/Nissan dealership.”

Derek immersed himself in the dealership’s Nissan and Toyota training and took a strong liking to Nissan primarily.

“I’m a Nissan/Infiniti master tech,” he says. “I’ve got 21 years of experience in the automotive industry. I even ran a dealership as a foreman for over 10 years.”

Back in 2012, Derek, along with his wife Rita, decided they were tired of working for other people and opened DRZA Auto (pronounced Drizza Auto). The Florida-based shop specializes in import cars and engine work. The shop’s name is derived from the letters of each of the Cho-Sam family members – Derek, Rita, Zachary and Aden – the Z and A are their two sons.

“I decided to open up DRZA Auto a little over eight years ago,” Derek says. “We specialize in Nissan and Infiniti. We do all kinds of other cars, but we’re known for and specialize in Infiniti and Nissan stuff.”

According to Rita, DRZA Auto can do anything from a regular repair all the way up to full engine builds, full restorations, modifications, and fabrication – all in-house.

“We can do pretty much anything here beside bodywork and painting,” Rita says. “We try not to get involved with that too much. Even though we specialize in Nissan and Infiniti, we do a lot of Toyota Supras, JDM imports as well as right-hand-drive imports such as R32s, GT-Rs, R35s, and Skylines, NSX, Suzuki Cappuccinos, and Mitsubishis such as the Galant and Evo.”

DRZA Auto keeps a close pulse on the quality of its work too. In fact, the 6,500 sq.-ft. shop is run only by Derek and Rita. Derek is ASE certified and a master Nissan technician while Rita has a background as an administrative assistant. Don’t be fooled, Rita has picked up plenty of automotive knowledge over the years as well.

“We are pretty meticulous about our work, the type of work we put out and our reputation,” Rita says. “We’re 100 percent word of mouth only. We take pride in our work and do it very detailed, so it’s just the two of us.”

While the list of DRZA Auto’s capabilities is pretty lengthy, the shop doesn’t do machine work on its engine builds in-house. That work gets sent out to local shops depending on what DRZA is looking to get out of the engine.

With DRZA Auto’s new shop 15 miles from its original location, the shop’s clients and its good reputation travelled well.

“Because our reputation is pretty good, our clientele have followed us,” Derek says. “We have out of state clients as well from places such as Illinois, South Carolina, Georgia, Tennessee, Arizona – you name it.”

That reputation also earns DRZA Auto plenty of new customers too, such as a recent customer with a 2011 Nissan 370Z. The car only had 10,000 miles and was brought in after a prior shop took a crack at building up the VQ37 engine. It didn’t go according to plan.

“Prior to us taking in this build and working on it, it was built by someone else,” Rita says. “It only ran for a month before it blew up.”

DRZA Auto had to build the VQ37VHR engine from scratch and could only save the twin-turbo kit.

“We’re pretty good with the VQ engines, which are in the 350s and 370s,” Derek says. “We had to build this set up from scratch. The whole, complete long block was started fresh. We took that engine apart and put Darton sleeves in the block. We used JE pistons and Manley rods in the build and bored it out .040˝ over and used ARP main studs.”

According to Derek, some shops are nervous around the VQ engines as they are a VVEL engine, which stands for Variable Valve Event and Lift. They can be a bit tricky.

“This is a VVEL engine, which is a difficult engine to work with,” he says. “Lots of guys are really, really scared about this thinking in terms of doing any kind of updates to it because of their VVEL systems. With my background, I’m pretty familiar with it and I know some tricks that I’ve found out playing around with them.

“The cylinder head has a ladder system that opens and closes the intake valve based on throttle position and load. It looks at your load and throttle response and it’ll open and close accordingly. It’s a meticulous engine. It’s hard to time it and get it right to work at optimal settings.”

Additional parts used on this VQ37VHR engine were ACL bearings on the mains and rods, Jim Wolf Technology camshafts and valvetrain, stock valves, and the factory crankshaft, which can hold pretty decent power. DRZA also included 1,000cc injectors from DeatschWerks, LLC and a 340 L/Hr fuel pump in the car.

“On this particular build, we did the AAM Competition twin turbochargers,” he says. “We bought an off-the-shelf kit, but then we modified a decent amount of the coolant lines. We did some hardline coolant lines instead of AN fittings and hoses. We modified a lot of the coolant lines and stuff because it’s really hard to get to and is a really tight space for this build. That was a challenge making stainless steel lines from the turbo back to the engine.”

The shop also ended up changing out the clutch twice because it slipped while on the dyno due to its impressive torque.

“We had to put a cylinder clutch in it,” he says. “We did three dyno pulls and the car made just under 600 horsepower. We took it back down and we cleaned it up again. We’re going to put it back on the dyno soon and try to get some more power out of it. We should be good for at least 800 horsepower out of this car.”

Once the twin-turbo VQ37VHR engine is completely finished, it will be going in the customer’s 370Z, which he uses as a daily driver.

Engine of the Week is sponsored by PennGrade Motor Oil and Elring – Das Original. 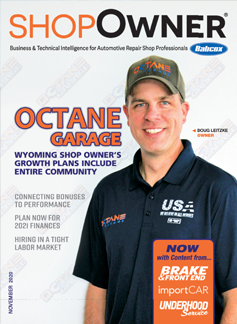 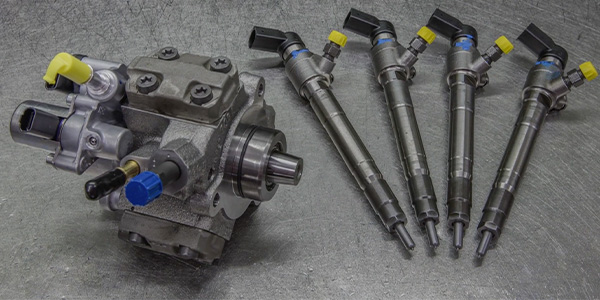 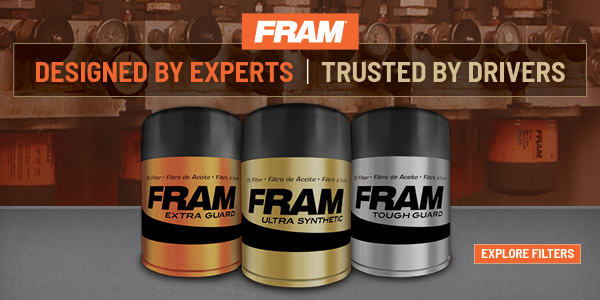