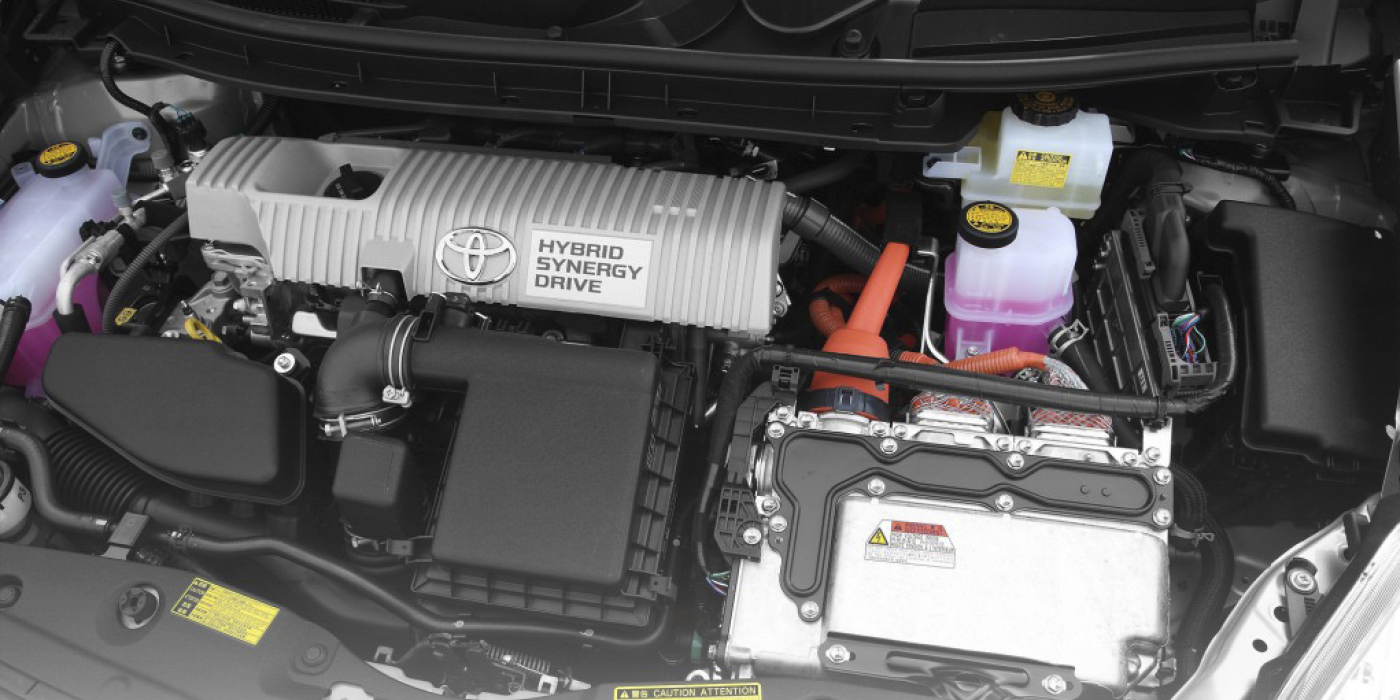 The brake system of a hybrid may have multiple components to perform regenerative braking and pedal simulation.

With conventional friction brakes, the energy of forward motion (kinetic energy) is transformed into heat energy, via friction, and then dissipated into the air. A Toyota hybrid vehicle recharges its high voltage battery through the use of regenerative braking.

With regenerative braking, instead of just wasting that energy by releasing it into the air, the vehicle takes it and places it in a box in the back of the car to save it as stored energy. Later, that stored energy will be converted back into kinetic energy and poured back into the operation of the car.

The brake system of a hybrid may have multiple components to perform regenerative braking and pedal simulation. Regenerative braking is the hybrid’s first choice for braking. So, basically, on a hybrid vehicle, the brake pedal acts more as an interface for the ABS module than as a request for braking. Toyota calls the unit a brake pedal simulator.

The brake pedal and ABS module pressure sensors “tell” the modules of the hybrid system that a request for braking has been made and how much braking is desired – the driver’s pedal efforts are calculated by the modules in order to produce the correct pedal feel and stopping power.

The modules that control the hybrid system then apply regenerative braking via the traction motor inside the transmission, as needed. More regenerative braking increases the amount of electrical charge generated for the hybrid battery at the same time it produces more drag to slow down the vehicle. Of course, at a stop or near stop, the friction is applied to stop the vehicle from rolling. Some hybrid systems apply the hydraulic brakes at lower speeds. Toyota systems will engage the conventional brakes between 7-17 mph. Under panic conditions, the conventional brakes are applied, and regenerative braking is suspended.

During many light-braking events, the rear friction brakes will be lightly applied, and the front may not be applied at all until the vehicle is at a stop or near stop. For this reason, it is normal for a hybrid to wear the rear brake pads two or three times faster than the front pads.

On most hybrids, the pressure generated for the calipers is not, under normal conditions, the direct result of the driver’s foot pedal efforts. The pedal-generated pressure is used to stimulate a pressure sensor in the system that makes up the brake request. Normally, the fluid pressure for the wheel hydraulics is generated by the pump and/or accumulator in the ABS HCU or a stroke simulator and is regulated by the teamed efforts of the ABS and the PCM’s logic.

In the event that the ABS HCU can’t function well enough to build pressure, the driver’s pedal pressure will directly provide the hydraulic pressure for the calipers. There are valves inside the HCU that allow direct passage from the pedal feel simulator, through the HCU and to the wheels. This is called “manual mode.” In manual mode, there will be no boost so the driver will have a very hard/stiff brake pedal. The driver will need so much braking effort in this situation that it may prompt them to tow the vehicle for fear of having no ability to stop at all. Complaints of “no brakes” or “barely stops” is often how customers will describe a brake system that has entered manual mode (fail-safe mode).

The brake pedal of a Ford Escape Hybrid is designed to simulate normal brake feel while the system is performing regenerative braking. Under normal conditions, none of the pressure generated by stroking the pedal goes to the calipers.

It is also designed to operate as a normal brake pedal as a “fail safe” if there is a problem with the system or if a panic stop is detected.

Most hybrid brake pedals will include sensors that measure brake pedal pressure, stroke length and speed of the brake application. The hybrid system will blend this information to decide the most efficient action of the brakes, engine and transmission.

Replacement of friction material is the same for a hybrid as it is with a conventional system, however, the ABS module will test the brake hydraulic system’s integrity by pressurizing it during key-off events – such as when the door is open or whenever the dome light is activated – and again when the key is switched on.

After four minutes have passed since the key was switched off, the accumulator discharges its stored fluid pressure back into the master cylinder reservoir. Before attempting friction material replacement, you must follow the procedures to depressurize the system.

It’s common to come across a hybrid with 70,000 or 100,000 miles with the original set of front brake pads. This comes back to the earlier point about regenerative braking creating the majority of braking force. But this does not mean that other components, like hardware and rubber seals/boots, can’t fail sooner.

The Toyota Prius has unique requirements for the brake system. On 2001-’04 models, the hydraulic brakes are not used until the vehicle is below 7 mph or if the vehicle has to make a hard stop.

Always use a high-quality pad for the Prius and other hybrid applications to avoid problems. It’s not a question of better performance, but more a question of quality and engineering.

Since it’s impossible to perform a conventional break-in/bedding procedure on the test drive, make sure the manufacturer promises excellent performance right out of the box. Also, applying a non-direction finish with a ball hone will help the new pads evenly deposit a layer of friction material to the new rotor.

The two-mode hybrid system has a unique brake pedal because the hydraulic system is not the lone provider of vehicle deceleration. How the system blends these forces can cause a customer to notice the changes and become concerned.

Over several braking events, the customer may perceive that he or she is applying a consistent brake force and yet the vehicle may decelerate at slightly different rates. This is a normal operating characteristic. The driver may think it is the same type of stop, but to the system, a little extra speed or pressure can change braking performance or the blending of the brake mechanisms.

Another common complaint for used hybrids is noise and pedal feel. Most two-mode hybrid vehicles, like the Prius, GM Two-Mode and Ford Escape, use a braking system that employs a high-speed electric motor/pump. Pump operation sometimes can be felt in the brake pedal as the system builds pressure. This is most noticeable to customers who start the vehicle with their foot on the brake pedal. Also, the noise can be more noticeable if the engine is off and the customer is braking. 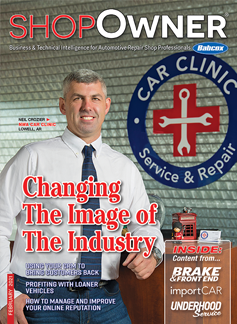 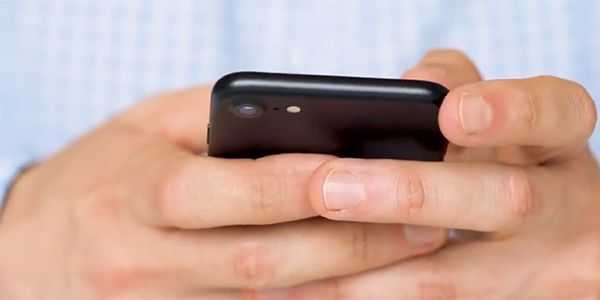 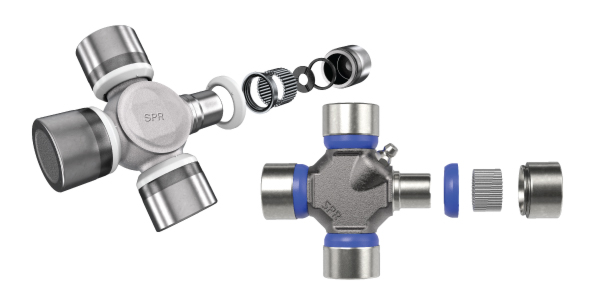 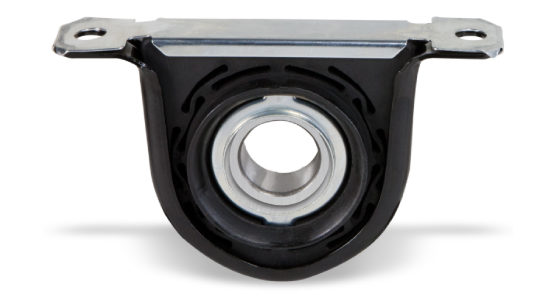 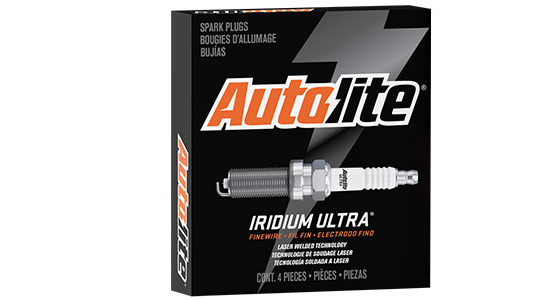