Steve Louden Named CARS 2004 Chairman
Bedford, TX – The Automotive Service Association (ASA) has announced that Steve Louden, AAM, will serve as chairman of the 2004 Congress of Automotive Repair and Service (CARS). Louden is the owner of Louden Motorcar Services in Dallas, and a longtime member of ASA.

Held annually in Las Vegas during Automotive Aftermarket Industry Week, CARS is a premier educational event and exhibitor showcase designed specifically for automotive repair and service professionals. CARS is sponsored by ASA’s Mechanical Division and will be held Nov. 4-6 at the Flamingo Las Vegas. The event will provide networking opportunities, including the third annual Service Professionals Industry Reception, co-sponsored by ASA and the International Automotive Technicians’ Network (iATN), and an exhibitor showcase featuring the latest in automotive products and services. In addition, automobile manufacturers will be on hand to present new product technology seminars during the show.

Louden is a past president of both his local and state affiliates of ASA and is a past chairman of the national ASA board of directors. He was a member of the Automotive Management Institute’s first graduating class of AAMs. He has been certified as an ASE Master Automobile Technician and Master Engine Machinist. He also has been a panel member for ASE test writing.

For more information about CARS 2004 and for an online registration form, visit the website at www.CARSonline.org.

SB 2138 is the companion legislation to HR 2735, The Motor Vehicle Owners’ Right to Repair Act, re-introduced by U.S. Representatives Joe Barton (R-TX) and Edolphus Towns (D-NY), in July 2003. HR 2735 has, as of press time, 85 cosponsors, including Reps. Barton and Towns. The House Bill is assigned to the House Energy and Commerce Committee.

Vehicles that are 1994 and newer (and some earlier models) are equipped with onboard computers that control the repair, service and parts replacement information on all systems of the vehicle, such as: transmissions, air bags, brakes, ignition, ignition keys, steering mechanisms, climate control, some oil changes and anti-theft devices. Without this information, motorists of all economic backgrounds are forced to return to the car dealerships in order to have their vehicles “completely” repaired and parts replaced.

Both HR 2735 and SB 2138 allow motorists to choose where, how and by whom to have their vehicles repaired and whose parts they wish to purchase, even allowing “do-it-yourselfers” to work on their own vehicles. HR 2735 and SB 2138 do not restrict motorists from choosing car dealerships, nor do they drive motorists into the independents.

“This is a win-win legislation for all consumers who wish to exercise their rights on their own property, this time their vehicles. The Motor Vehicle Owners’ Right to Repair Act allows the maximum number of vehicles to be repaired and serviced as quickly and as efficiently as possible,” Parde said.

iATN Heads To Southern California in September for 2004 Convention
Brea, CA – The International Automotive Technicians’ Network (iATN) 2004 Convention will be held Sept. 24-26, at the Coast Anaheim Hotel, in Anaheim, CA.

Registration is open at http://members.iatn.net/meetings/2004/ and members are encouraged to register early as the convention is expected to sell out quickly due to its new biennial schedule. All attendees must register online, as there will not be on-site registration.

“It has been two years since the last iATN convention and this new schedule has created a tremendous amount of enthusiasm among members for the 2004 event. Members also know that if they miss this one, the next opportunity isn’t until 2006,” said Brent Black, iATN founder and president.

iATN has secured a rate of $89 for rooms at the Coast Anaheim Hotel. Accommodations should be made directly with the hotel by calling 714-750-1811 and rooms should be booked under the “iATN Convention” group to receive the low rate.

The iATN website, www.iatn.net, has additional convention information, including an event schedule, training information, hotel and airline information, and a list of event attendees.

Seven Lucky Winners To Take an Extreme ‘Drive’
Atlanta – NAPA BRAKE and CHASSIS wants to take its customers on an Extreme “Drive” with Alan Jackson.

The NAPA BRAKE and CHASSIS Extreme “Drive” promotion will reward seven regional service dealers with an all-expense paid trip to an Alan Jackson concert where they will meet the country superstar backstage.

One of the seven concertgoers will have his/her name drawn from Alan’s hat and win the Extreme “Drive” grand prize: a Jeep Wrangler, a Bass Boat, a Ford F-150 and a $1,000 Cabela’s Gift Certificate with a combined value of more than $60,000.

The six other regional concertgoers each will win a “Pop A Top” prize package, which includes a Pop-Up Camper, a Kineo Canoe and a $250 Cabela’s Gift Certificate with a combined value of more than $10,000.

“The aftermarket rarely sees a grand prize like the package being offered in the Extreme ‘Drive’ promotion,” said Gill Apmadoc, owner of a NAPA Auto Parts store in Lawrenceburg, IN. “Seeing Alan Jackson is a great prize in itself, adding a camper and a vehicle package to the mix really sets this promotion apart from anything I’ve seen. It’s customary to see one grand prize, like just the F-150, but this is huge.”

To order your Extreme “Drive” Rotor or Chassis Kit, contact your NAPA BRAKE and CHASSIS sales representative, visit your local NAPA AUTO PARTS Store or call 1-800-LET-NAPA to find a store near you. See the NAPA second quarter wholesale book for official rules.

The new site will help ASA and its members mobilize support or dissent for issues directly impacting the automotive repair industry on both federal and state levels.

The new site, www.TakingTheHill.com, features ASA’s new Legislative Alert Center, which serves as a venue to contact state legislatures, statehouses and the federal government. ASA has adopted a program that allows industry members to contact their representatives regarding specific legislation and send e-mail to their elected officials.

The website also serves as a reference tool for anyone interested in automotive legislative efforts. Legislative reports, historical background on service information availability and ongoing coverage of insurer-owned shop legislation can be found on the site.

ASA has incorporated database technology to integrate information about elected officials, including bios, staff listings and voting records; a complete guide to upcoming elections; and contact information for local media outlets, including newspapers, television and radio.

“We understand that volunteer legislative advocacy efforts are the most successful when participation is convenient for all parties involved,” said Ron Pyle, ASA’s president and chief staff executive. “By initiating this expedient communication tool, we are providing our members and supporters with an even stronger voice on Capitol Hill.”

Cloyes' Aftermarket Catalog Grows During First Half Of 2020

Check Out The June Issue Of ImportCar Magazine

PPP Application Deadline Extended To August 8
Connect with us 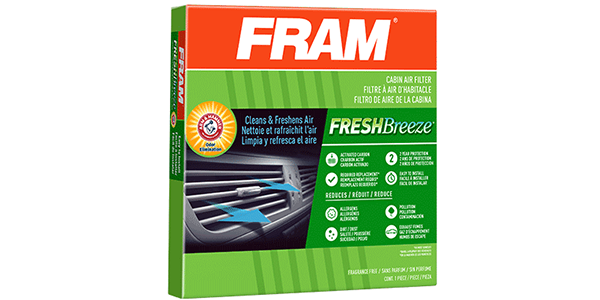