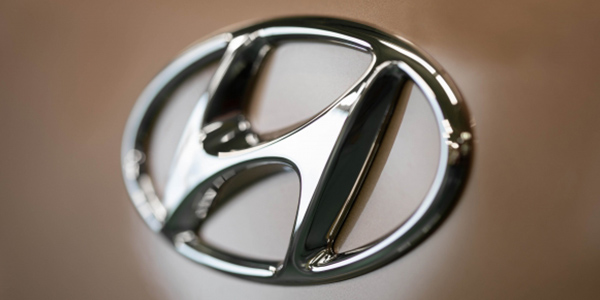 To ensure the safety of its customers, and in addition to two previous engine recalls, Hyundai has issued a subsequent recall to inspect the fuel tube installation of approximately 100,000 2011-2014 Hyundai Sonata and 2013-2014 Hyundai Santa Fe Sport vehicles whose engines were replaced under the previous two recalls. The recall is being conducted to inspect and confirm proper reinstallation of the fuel tube to the high-pressure fuel pump.

To ensure the safety of its customers, and in addition to two previous engine recalls, Hyundai has issued a subsequent recall to inspect the fuel tube installation of approximately 100,000 2011-2014 Hyundai Sonata and 2013-2014 Hyundai Santa Fe Sport vehicles whose engines were replaced under the previous two recalls. The recall is being conducted to inspect and confirm proper reinstallation of the fuel tube to the high-pressure fuel pump.

In addition, Hyundai has developed a new engine monitoring technology called a knock sensor detection system. The technology uses software innovations and leverages existing engine sensors to continuously monitor for symptoms that may precede an engine failure. More details on Hyundai’s engine recalls and the knock sensor product improvement campaign can be found at hyundaiengineinfo.com.

The knock sensor technology will be installed through a free software update performed by Hyundai dealers and is rolling out through a product improvement campaign to approximately 2 million Hyundai vehicles, including all model year 2011-2018 Sonata and 2013-2018 Santa Fe Sport vehicles with engines produced in the U.S.

The knock sensor detection system software continuously monitors engine vibrations for unusual dynamic patterns that develop as an engine connecting rod bearing wears abnormally in a way that could later cause engine seizure. If vibrations caused by bearing wear start to occur, the malfunction indicator lamp will blink continuously, an audible chime will sound (in certain models) and the vehicle will be placed in a temporary engine protection mode with reduced power and acceleration. In this temporary mode, drivers maintain full control of the vehicle as brakes, steering and safety devices such as airbags remain operational.

The vehicle can continue to be operated for a limited time in engine protection mode to enable the customer to safely drive it to a Hyundai dealer for inspection and repair, but acceleration will be slower, with a reduced maximum speed of approximately 60 to 65 mph and a limited engine speed of approximately 1,800 to 2,000 rpm. Hyundai’s knock sensor technology has been evaluated by an independent, leading engineering and scientific consulting firm. When tested using a fleet of vehicles specifically prepared to test the knock sensor technology, the knock sensor system successfully detected failing connecting rod bearings and responded with activation of the engine protection mode. Further explanation of the knock sensor detection system is available at hyundaiengineinfo.com.

As part of this product improvement campaign, Hyundai will extend the warranty to 10 years and 120,000 miles (up from 100,000 miles) for original and subsequent owners of 2011-2018 Sonata and 2013-2018 Santa Fe Sport vehicles for engine repairs needed because of excessive connecting rod bearing damage.

Acting in the interest of customer safety and security, and in close coordination with the National Highway Traffic Safety Administration (NHTSA), Hyundai voluntarily recalled more than 1 million vehicles (certain model year 2011-2014 Sonata and 2013-2014 Santa Fe Sport vehicles) in 2015 and 2017 (NHTSA 15V-568 and 17V-226) to address a manufacturing issue that could lead to excessive bearing wear and engine failure. While the majority of incidents among affected vehicles are limited to engine knocking, there have been instances of stalling and in certain circumstances an engine fire. Typically, as an engine becomes inoperable, drivers are alerted by warning lights and sounds, and while the engine may experience some hesitation, drivers should have time to safely move the vehicle off the road. When a vehicle is brought in for the recall repair, Hyundai dealers inspect, and if necessary, replace the engine. To date, these recalls have completion rates of 87 and 73 percent respectively, versus an industry average of 69 percent for recalled engines (nhtsa.gov/sites/nhtsa.dot.gov/files/documents/13376-recall_completion_rates_rtc-tag_final.pdf).

In January 2019, Hyundai issued a subsequent recall (NHTSA to post shortly) to inspect the fuel tubes of 100,000 2011-2014 Hyundai Sonata and 2013-2014 Hyundai Santa Fe Sport vehicles whose engines were replaced under the previous two recalls to ensure proper reinstallation of the fuel tube to the high-pressure fuel pump. In some cases, during engine replacements the high-pressure fuel pipe may have been damaged, misaligned or improperly torqued during the engine replacement procedure and this could allow fuel to leak. Hyundai is not aware of any fires caused by this issue, but is conducting the follow-on recall out of an abundance of caution.

In addition to the recalls, and as discussed with NHTSA, Hyundai developed the knock sensor software update to deliver early warning to customers of excessive bearing wear before a more serious problem, such as engine failure occurs. The software update is being added to vehicles beyond the recalled population because it can benefit all vehicles and serve as a preventive measure.

Hyundai is notifying customers about the product improvement campaigns through multiple points of contact (U.S. mail, email, vehicle telematics, dealer incentives, customer-facing website, media notification) with instructions to bring their vehicle to the nearest Hyundai dealership to have the free software installed. Customers with questions may contact the Hyundai Customer Care Center at (800) 633-5151 or [email protected]. To find out whether a vehicle is eligible for the software update, input the vehicle’s VIN at Hyundai’s campaign website: hyundaiusa.com/campaignhome. Customer communications for affected vehicles have begun.