Last month’s editorial titled the “Pricing Game” spured an unexpected discussion with fellow readers on the current state of the image of the aftermarket and what should be done to create a more uniform message that benefits all involved.

There have been numerous threads on iATN making this problem sound like an “us against them” problem, with the same old “forum junkies” posting their disgust (I say that in a loving way guys).

Some people call it the “Bi-Polar Image Effect” that pits the shops against certain segments of the supply channel. Both sides blame each other for negative feelings and images presented to the public-at-large.

The Supply Chain’s Argument
Some aftermarket parts manufacturers and members of the supply chain say, “Wall Street will not take us seriously because analyst and fund managers perceive that our customer base is not an economic force.”

They are right in some ways about Wall Street’s prejudices. You never see the stock prices of aftermarket companies rise after a research report is released that says consumers are driving more miles and keeping their cars longer.

The Associated Press (AP) published a story after a major auto parts retailer held an annual share holders meeting. The story had a quote from an analyst that will demonstrate Wall Street’s understanding of the aftermarket. Names have been taken out to protect the innocent:

“From a customer standpoint, you see a new X store and a new-looking Y store and you compare that with Z stores where there hasn’t been a whole lot of capital improvements in those stores.”

Are stock analysts driving around to different auto parts stores looking at architecture and how the products are arranged on the shelves? The phrase “from a customer standpoint,” also shows Wall Street’s ignorance of the aftermarket’s scope.

Maybe some of the analyst should spend a day with a parts delivery truck driver to see the big picture. I can guarantee that the “commercial” side would get a lot more attention.

The Shop’s Argument
Shops and technicians are saying the mass-marketing messages put forth by some large retailers are hurting their image and bottom line. Some of internet posters on iATN’s Industry Issues forum “flame” (web jargon that means to ruthlessly insult) the larger retailers for advertising cheap parts prices and free diagnostic computer checks.

“To advertise in the Sunday newspaper that a water pump cost $19.95 leaves the professional repair shop in a very difficult position if part of the shops profit is expected to come from a parts markup,” said reader and shop owner Rick Gill. “The advertising these firms use is at best vague and misleading.”

Rick’s concerns are valid. Many times the advertised prices are “starting at” or “as low as” prices. Even though a customer may not buy the part, it may stick in the back of his or her’s mind and emerge when they really do need the part to be replaced.

Most shop owners feel that these “attention grabber” prices in some ways devalue the role of the technician and the modern repair shop. Also, in some ways, it perpetuates the stereotype that Wall Street has of the aftermarket as a whole.

“Doctors,and dentist sell their services, not the parts or drugs needed to complete the job,” said Gill. “The consumer rarely questions the cost of the complete repair!”

Resolution
As you can see, both sides have a public image problem from each other’s perspective and place in the aftermarket. But, both parties’ fortunes are linked together.

If both sides can work together in a targeted and unified manner to improve the image of the aftermarket, the results would be astounding. If the image of aftermarket shops and technicians improves to the public-at-large, Wall Street might catch on that the aftermarket is not such a bad place to invest. 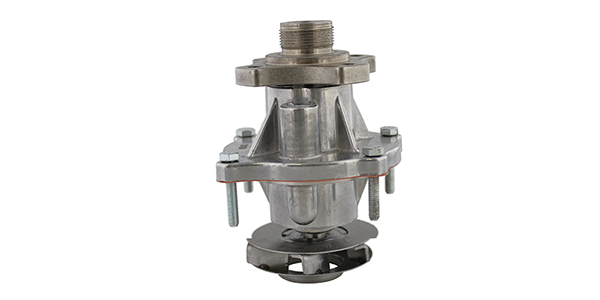