Universal Technical Institute (UTI) has teamed up with NASCAR Angels, NASCAR’s nationally-syndicated reality television show that helps deserving people in need of a transportation fix, to promote the importance of car care and the value of automotive technicians. As a major sponsor of the TV show, UTI will be fully-integrated via in-show billboards and commercials, as well as branding, product placement and a scholarship promotion.

Currently in its second season, NASCAR Angels is hosted by legendary NASCAR champion Rusty Wallace and co-host Shannon Wiseman of NASCAR.com. Reaching more than 85 percent of the nation’s viewing audience, NASCAR Angels can be seen on weekends on more than 200 local television stations, including top ABC-owned stations in New York and Los Angeles.

Created as a way to help people and drive awareness of the importance of proper vehicle maintenance, NASCAR Angels showcases deserving people and every aspect of the car care chain: parts, service and technicians. UTI’s role in the TV show will be to show viewers the vital role of automotive technicians in today’s society and illustrate how automotive technology is a rewarding career path.

“The transportation so many of us simply take for granted is a huge hurdle for some folks,” said Odis Lloyd, managing director of NASCAR’s automotive licensing division. “NASCAR and its partners like UTI have the resources and desire to help and NASCAR Angels is the vehicle that does just that.”

Later this month, UTI will be the host site for the taping of an episode of NASCAR Angels. The show’s production crew will tape the episode Jan. 20 thru Jan. 22 at UTI’s Avondale, AZ. campus. The special episode will feature deserving recipient, UTI student Peter Marcus. His car is a 1984 Chevy El Camino with more than 195,000 miles on it.

Peter is a straight-A student at UTI where he is learning how to diagnose, service and repair domestic and foreign cars. His obligations to his family, work and schooling, as well as his time spent as a deacon and mentor at his church and volunteering efforts with Volunteers for America and John C. Lincoln Hospital, leave little time and financial means to dedicate towards repairs to his vehicle.

While Peter’s career ambition is to become an automotive technician, his dream is to restore the aging Chevy El Camino.

Stepping in to help Peter, will be the TV show’s Goodyear Gemini crew chief, Rick Hunter, who will lead a select team of UTI students and their instructors in making repairs to Peter’s El Camino. The repairs include work on motor mounts, suspension bushings, shocks, struts and brakes as well as the air conditioning, windshield and paint.

With the aid of NASCAR Performance automotive products, all car repairs will be completed in UTI’s main automotive training classroom at the Avondale campus over the course of two days. UTI students and staff will work under a tight deadline to complete repairs before the big reveal scheduled for Jan. 22 at the campus.

“Our students learn to repair cars – classic and new. This, however, is a special event for us because not only do we get to help a person in need, but he is one of our own,” said Michael Romano, UTI Avondale campus president. “I can’t think of anyone more deserving than Peter and I know his fellow classmates are eager to get to work fixing his El Camino.”

In addition to the car repair, the show will also feature a profile of NASCAR Technical Institute (NTI) graduates who now work on NASCAR race teams. NTI, based in Mooresville, NC, is a subsidiary of UTI and is the only school of its kind that combines automotive training and a NASCAR-approved technologies curriculum into one educational program.

Viewers will be able to watch Peter’s episode when it airs nationwide in mid-March. Check NASCAR.com for local air dates and times. 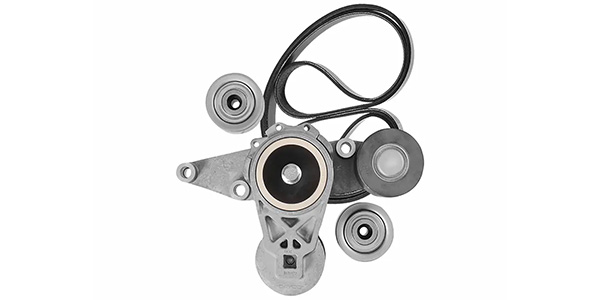 MAHLE Aftermarket Inc. announced it recently expanded its selection of engine cylinder head gaskets with the addition of new part numbers for Asian and domestic makes and models.

Nathanial “Nate” Nie of Mission Viejo, California, was named the 2022 Mitchell 1 / National Institute for ASE Technician of the Future.

The GB Reman 2022 Year in Review is available for download.

SMP says it is committed to providing replacement parts for hybrids and EVs through its Standard and Four Seasons brands.

More than 70% reported increased levels of trust in repair shops and/or service technicians.