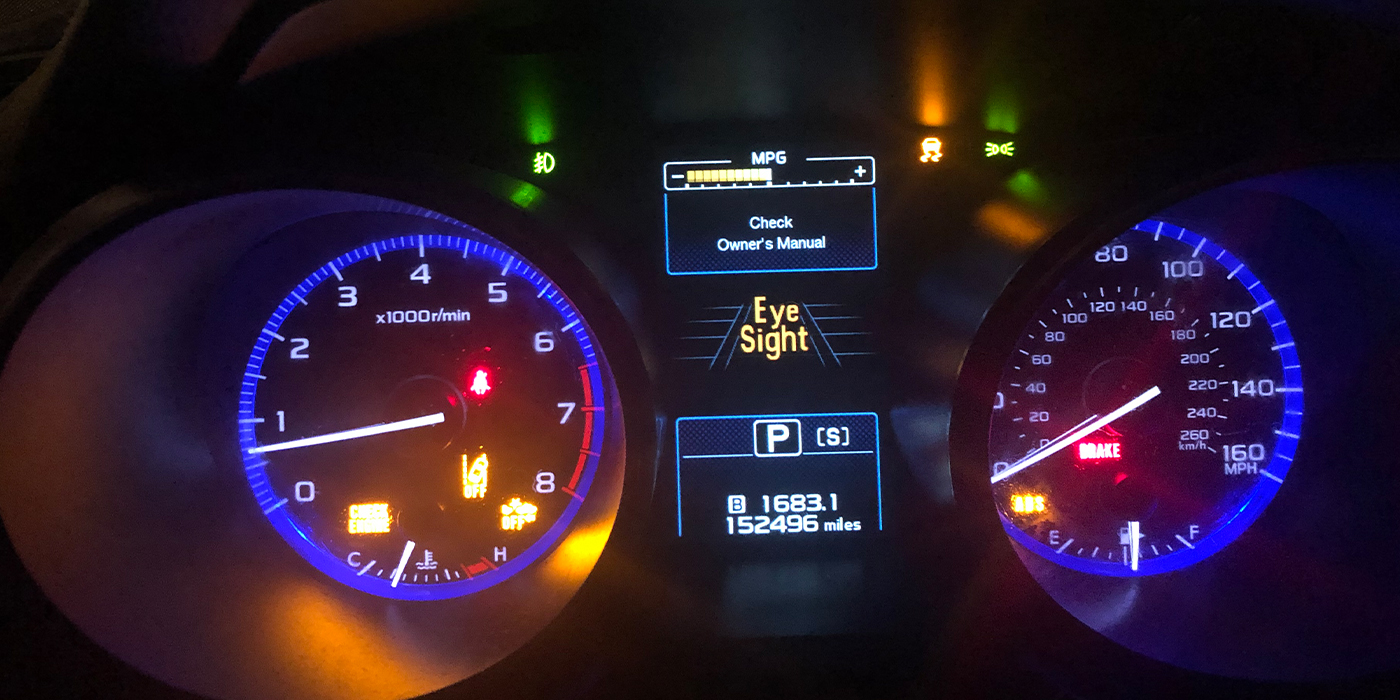 EyeSight uses cameras mounted inside the car on the upper edge of the windshield.

Below speeds of approximately 19 mph, EyeSight is capable of detecting obstacles and pedestrians in the vehicle’s path and, if the driver has not applied the brakes in time, can activate to mitigate or even avoid the collision, according to Subaru. Under certain circumstances, Eyesight is able to bring the car to a complete stop to avoid a collision. Pre-Collision Braking is always on in the background to act like a “second set of eyes” for the driver.

At relative speeds above 19 mph, EyeSight can apply the brakes when an object is detected and will attempt to brake if the driver takes no evasive action or does not brake. The system can recognize programmed objects such as vehicles, motorcyclists, bicyclists and pedestrians.

EyeSight’s other features include adaptive cruise control, which can maintain a safe distance between vehicles at highway speeds, and technology that helps prevent rear-ending and parking mishaps by sensing obstacles around the vehicle.

EyeSight uses cameras mounted inside the car on the upper edge of the windshield. Subaru says it did this to reduce the potential for accidental damage that can occur in bumper-mounted systems, such as radar.

The cameras are mounted about a foot apart so the images can be processed in stereo, and distances can be calculated. We call this depth perception, and is possible because we have two eyes.

Servicing the EyeSight system might seem out of the reach of an independent shop but the service information and tools are available. Also, the majority of repairs are items you already work on.

The majority of failures that render the EyeSight system inoperable are incredibly mundane – wrong sized tires, a bad wheel bearing and even the incorrect wiper blades.

For example, if the tires are the wrong size or one side has excessive wear, it will cause a data mismatch for the wheel speeds. But a tire issue can also cause a steering pull. If the pull is extreme enough, the lane departure function can read the situation wrong.

Since the system can’t measure tire tread depth, it sees the pull in the steering angle, yaw and camera sensors. It might interpret it as the driver is drifting into the next lane and falsely warn the driver.

Even something as simple as a wiper blade can cause issues with the EyeSight system. The owner’s manual says only to use Subaru wiper blades but as long as the customer uses high-quality wiper blades that match the OEM size, the camera should not have any problems. If you notice the wiper blades are worn out and leave streaks however, they can impair the cameras.

On the other end of the spectrum, there could be issues with the communication between the modules utilized by the EyeSight system. If the system can’t communicate with engine, steering or ABS modules, the EyeSight system will deactivate. Scanning more than just ADAS modules will give you greater insights into a potential fault.

The EyeSight’s camera module uses proprietary codes that start with a two-digit number followed by three letters or numbers. Other codes are conventional and begin with a letter and four numerals. For the camera system, the codes begin with a “B” or “U.” The camera unit has 14 different communication or “U” codes indicating communication problems with the CAN bus and modules.

If the vehicle has a weak battery or the car has been parked for an extended period, the system may set a B2814 code. This indicates that the voltage has dropped below 7.9 volts for five seconds. Code 60-A0H means the system voltage dropped below 10 volts after the ignition has been turned on. The code will disable the EyeSight system and cause the message “EyeSight Disabled Check Manual” to be displayed in the instrument cluster. If you get these codes, check the condition of the battery.

Code 65-C0H is a diagnostic red flag. The code is set if the Pre-Brake function performs three hard stops during a key cycle. When this happens, the EyeSight system will be disabled. The 65-C0H code can indicate a really bad driver or a case where the camera is malfunctioning.

Code 72-CEH is stored when the camera is too hot or cold. This can occur during extreme weather but is typically not an indication that the camera is faulty.

The camera module will log incidents that prevent the camera from working and turn off the system. These are called temporary stops and may be caused by sun or snow blocking the camera. The incidents are logged like misfire codes. These do not cause the “check manual” message in the instrument cluster but if they become a regular occurrence, another code will be set.

The main diagnostic issue in most cases is the customer. Many owners simply never read the information in the owner’s manual about the Eyesight system. EyeSight was never designed to be a fully autonomous driving system like that in a Tesla. It is a system that is designed to prevent collisions and maybe make driving easier. The driver still has to drive

For example, a driver may complain that the lane departure system has stopped working, but the reality is that the system shut down when the lane markings on the side of the road were not there.

Before you take on a repair to an EyeSight system, interview the customer. Ask the customer when the problem occurs, what the symptoms are and how often it happens. Make sure they can say if the system is not available or if the instrument cluster displays the message “EyeSight Disabled Check Manual.”

Before you attempt to perform any calibration on any ADAS equipped vehicle, an alignment is essential, and not just a “toe and go” alignment. It is critical for Subaru’s EyeSight system to work that the thrust angle be within specification.

After the alignment is performed, the steering angle sensor and lateral g-force sensors must be calibrated before calibrating the cameras. The calibration requires a scan tool and the module to find is the VDCCM&H/U module menu. After the calibration is performed, a 10-minute test drive is required.

The procedure to calibrate the camera involves finding the centerline using points like the mounting bolts holes for the front license plate. Centerline is used to place targets in front of the vehicle. A scan tool is then used to calibrate the cameras. The OE procedure requires a lot of room to set up the targets, but scan tool manufacturers have created tools and fixtures that can simplify the setup and calibration process.  iC 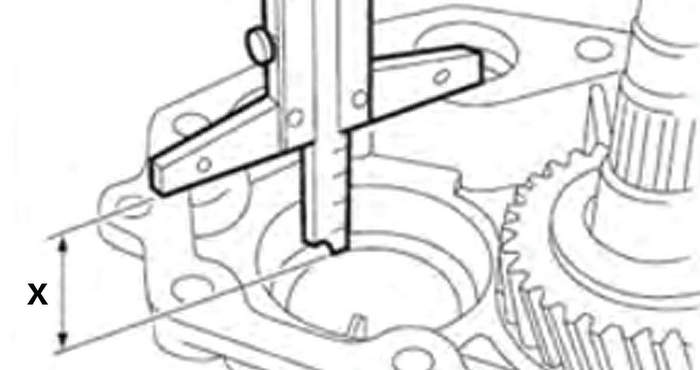 Tire Pressure Monitoring Systems: The Ins and Outs of Indirect and Direct TPMS 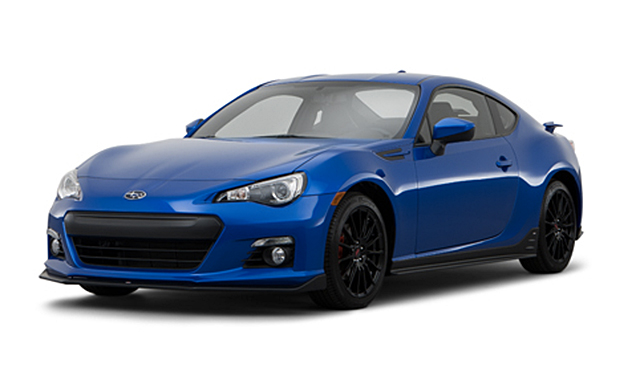 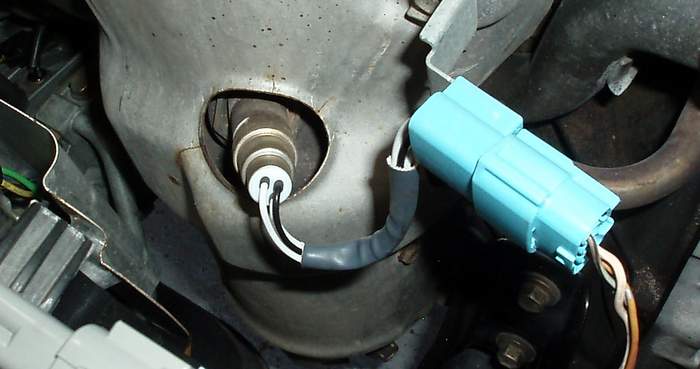