Turbochargers are great for adding power to any gas or diesel-powered engine, but are especially useful in small displacement engines. The boost to airflow that a turbocharger provides increases the breathing efficiency of the engine for more horsepower and torque.

Turbodiesels are also popular with the European automakers, although there are some questions about the impact VW’s emissions-cheating scandal will have on the future availability and sales of diesel-powered cars.

The Japanese automakers have mostly avoided turbos in recent years, but Korean-made Kia and Hyundai do offer a couple of turbo options. Asian manufacturers prefer hybrid technology for boosting fuel economy, but this too may change in the years ahead.

The point is there are a lot of turbocharged cars and light trucks on the road today, and there will likely be even more as time goes on. So, there are ample opportunities to perform turbo diagnosis and repair work on a variety of makes and models.

HOW A TURBO WORKS

A turbocharger forces more air into an engine to increase volumetric efficiency and power. A turbo uses an exhaust-driven turbine wheel to spin a compressor wheel that blows more air into the intake manifold. Although this creates some backpressure in the exhaust system, it allows the turbo to deliver far more power than it uses. It also improves the engine’s overall thermal efficiency by using waste heat that would otherwise go out the tailpipe. In that respect, a turbo is more efficient than a supercharger. Superchargers are belt-driven rather than exhaust-driven, and can eat up 40 to 50 hp just to power the blower.

Low-speed throttle response and boost pressure can be improved by using a smaller turbo or one with a “variable nozzle” or “variable vane” design. The variable geometry turbos have movable vanes in the turbine housing that change position to increase exhaust velocity at lower speeds for faster spool-up and response.

Boost pressure is limited by a “wastegate” valve on the turbo. A spring-loaded vacuum valve actuates the wastegate, but on most late-model applications, boost pressure is also controlled by the engine computer using a solenoid and sensor inputs to monitor engine speed, load, throttle position and manifold boost pressure. The wastegate is essentially a dump valve that opens to vent excess pressure. Over-boosting the engine can lead to detonation, overheating, head gasket failure and engine damage. The wastegate controls the rate at which boost pressure builds and limits peak pressure and torque to protect the engine. The boost strategy on most late-model engines is to develop boost as quickly as possible for more low-speed torque.

A turbo can increase engine power 25% to 50% (or even higher in racing engines). The higher the boost pressure is dialed up, the more power the engine makes. A popular upgrade for many turbodiesels and gas turbos is reprogramming the engine computer with a performance tune that increases the boost pressure. A performance tune can add another 50 to 150 hp, but automakers may not honor a powertrain warranty claim if the PCM has been reflashed with a performance tune. The tune leaves permanent tracks in the PCM’s memory, even if it is erased and returned to a stock tune, so proceed with caution if a customer asks for this kind of upgrade.

Turbos do not require any special maintenance because they are sealed assemblies that are cooled and lubricated by the engine’s oil and cooling systems. It is absolutely essential to use a high-quality motor oil that meets OEM specifications, and that the oil is changed according to the OEM’s recommended service intervals. Pushing the oil beyond the recommended mileage limits is asking for trouble.

Synthetic oils or high-quality synthetic blends that are “turbo approved”are usually the best choice for turbos. Turbos trap a lot of heat inside the turbine housing. The heat conducts down the shaft into the center housing. If the oil flowing through the turbo gets too hot, it will oxidize and burn.

If a cheap “generic” mineral-based motor oil is used in a turbo motor, the oil may not withstand the heat very well. Oxidized oil can form hard carbon deposits on the turbo shaft that are murder on the bearings.

The oil lines to and from the turbo also need to be clear, free from sludge or obstructions, and the engine has to have adequate oil pressure to keep the turbo lubricated. Any problems with oil pressure, oil supply or oil aeration (air being sucked into the oil pump) may cause turbo lubrication problems. Consequently, if a turbo has died due to a lubrication failure, it’s important to diagnose the underlying cause so the same thing doesn’t happen again when the turbo is rebuilt or replaced.

Late-model turbos have a water-cooled center housing. This helps prevent overheating and reduces oil oxidation. Even so, it’s still good advice to let a turbo slow down and cool for a minute or so after high-speed driving before turning the engine off. Coolant will continue to siphon through the housing after shutdown, and on some applications, an electric pump is used to keep the coolant flowing until the turbo has cooled sufficiently. If the turbo’s coolant lines are kinked, obstructed or full of air because of a low coolant level, the shaft bearings may not receive adequate cooling. Like any mechanical component, turbos are vulnerable to wear and tear as the miles add up. They are most vulnerable to lubrication-related issues (e.g., poor quality oil, not changing the oil often enough, dirty oil, low oil level or low oil pressure). But turbos can also suffer the ill-effects of high exhaust temperatures. Heat may cause the turbine housing to crack and leak. Poor air filtration that allows dirt and dust to be sucked past the air filter can erode the compressor wheel over time, causing a gradual loss of turbo efficiency and boost pressure.

Turbos use different types of bearings, including steel and ceramic ball bearings, full floating bronze bearings that ride on an oil film, and rigid bronze bushings. All depend on a constant oil film to minimize friction and wear. If the bearings or bushings become worn, the shaft may wobble as it rotates. This creates harmonic vibrations that can prevent the turbo from achieving its normal operating speed and boost pressure. A buildup of deposits on the shaft or bearings will create drag that can also prevent the turbo from spinning freely. If the shaft binds up, the turbo may not spin at all.

A turbo may also fail to deliver normal boost pressure if there are leaks in the intake plumbing. Noise, such as whistles or hisses, would indicate air leaks in the turbo housing, connections or hoses.

The classic symptoms of turbo trouble include:

• Loss of power: Power and torque will be noticeably less because the turbo isn’t spinning as fast as it should and is not developing normal boost pressure. This can be caused by worn or damaged shaft bearings, airflow obstructions in the intake or exhaust systems, air leaks in the turbo discharge and intercooler plumbing, dirt or debris clogging the intercooler, or a leaky wastegate or defective wastegate electronic controls.

Low boost pressure can also be caused by erosion wear on the compressor or turbine wheels. The tolerances inside the housings are very close, so any increase in the clearances can reduce boost.

• Excessive oil consumption and/or blue smoke in the exhaust: If you discover oil inside the compressor housing, the seal on the compressor side of the center housing is leaking.

• Reduced throttle response in an application with a variable nozzle or variable vane turbo: Carbon can build up on the vanes, preventing them from changing position. The vans may become stuck in the low RPM or high RPM position. Using an aerosol cleaner designed for this purpose (or for cleaning EGR valves) can often loosen and remove the carbon deposits inside the turbine housing.

• Sluggish throttle response and/or loss of power due to carbon deposit buildup on the turbine wheel: Deposits add mass and inertia, which make it harder for the turbo to spool up quickly. Use an aerosol cleaner to loosen and remove the deposits.

• Sluggish acceleration and/or loss of power due to a damaged or eroded compressor wheel or turbine wheel: If the blades are worn down, broken, bent, cracked or damaged, the turbo may not deliver normal boost pressure. Replace the damaged parts or the turbo.

A short test drive will usually make it obvious whether or not a turbo is delivering normal boost pressure and power. Most vehicles have a boost gauge, so if the gauge shows no needle movement, very slow response, or failure to achieve normal boost levels, there is likely a problem with the turbo or its controls.

If the Check Engine Light is on, use a scan tool to check for trouble codes. Codes that indicate turbo troubles include P0033 (bypass valve control circuit), P0034 (bypass control valve circuit low), P0034 (bypass control valve circuit high), P0234 (overboost condition), and P0235 to P0250 (various control faults). A scan tool can also be used to check the PID status of the wastegate on many applications and to check the operation of the wastegate valve.

To inspect the turbo, remove the turbo air inlet duct plumbing and peer inside with a bright light. If the compressor wheel is damaged (broken, chipped or missing blades), the turbo needs to be replaced. The intercooler and rest of the inlet plumbing also need to be inspected and cleaned to remove any debris that might enter the engine and cause damage.

If a turbo has damaged shaft bearings, the center “cartridge” can usually be replaced separately from the compressor and turbine housings. A remanufactured cartridge includes the center housing, shaft, bearings or bushings, seals, turbine wheel and compressor wheel preassembled and ready to install. Replacing a cartridge is less expensive than replacing the entire turbo, but it also requires more disassembly and assembly labor.

If the turbine or compressor housing is cracked, worn or damaged, that may have to be replaced as well; or, you could simply replace the entire turbo assembly with a new or remanufactured unit. Most new and remanufactured turbos come with new heat shields (which are often corroded and in poor condition on high-mileage turbos), a new wastegate (if it is part of the turbo), and a warranty.

If a new wastegate is not included with a replacement turbo, this should also be changed on high-mileage vehicles. The same goes for the boost controller on variable nozzle and variable vane turbos. Additional parts you may also need include hoses, clamps, motor oil and a filter. 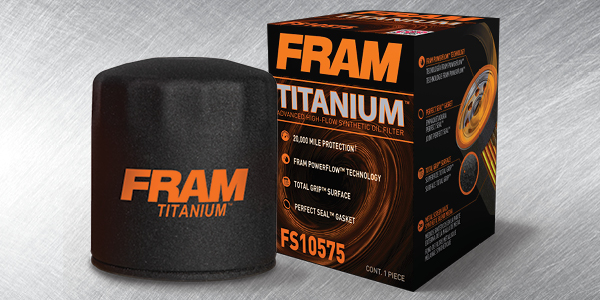