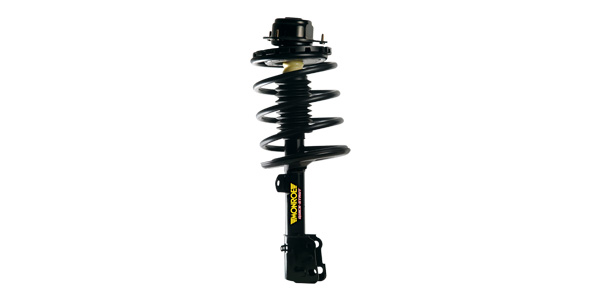 The Tenneco product line expansions increase coverage by a combined total of 9.2 million vehicles with the introduction of dozens of new part numbers. 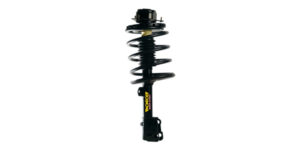 Tenneco has expanded coverage of its Monroe Quick-Strut assembly and OESpectrum shock absorber and strut product lines by a combined total of 9.2 million vehicles with the introduction of dozens of new part numbers. Available immediately are 20 additional premium Quick-Strut assemblies –­ 13 of which are the first available from a major manufacturer for their respective applications ­– as well as six premium Monroe OESpectrum struts and five OESpectrum shocks.

The May product announcement continues Tenneco’s record-setting expansion of the Monroe Quick-Strut line. In the past four months, he company has introduced 87 additional Quick-Strut part numbers, with combined coverage of nearly 16 million domestic and foreign nameplate vehicles.

The additional vehicles for which premium Monroe Quick-Strut assemblies are now available are:

The following Monroe OESpectrum shocks and struts are now available:

Premium Monroe Quick-Strut assemblies and OESpectrum shocks and struts are covered by the brand’s exclusive “Feel the Difference Guarantee,” which enables parts and service providers to promise that their customers will feel a positive difference in ride and handling performance during a 90-day or 1,000-mile/1,600-kilometer risk-free trial or receive their money back, including labor of up to $100 (if installed by a professional service provider) and alignment up to $80, if applicable. Restrictions apply – visit monroe.com for details.

To learn more about Monroe ride control products, contact your Monroe supplier and/or log on to monroe.com.

Advertisement
In this article:Monroe Shocks and Struts, Tenneco

Auto-Wares Grows Attendance At 2020 Tech Expo
Connect with us