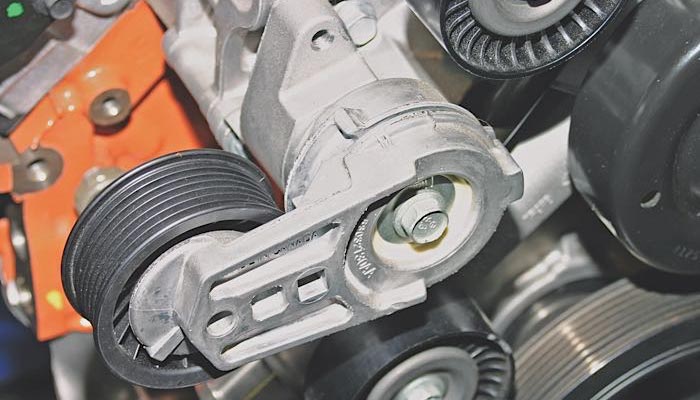 The ability to visually inspect parts for wear and tear to know when it’s time for replacement is the calling card of any successful technician. But when it comes to modern serpentine belts, you can’t trust your eyes anymore to tell you when it’s time for a new belt. 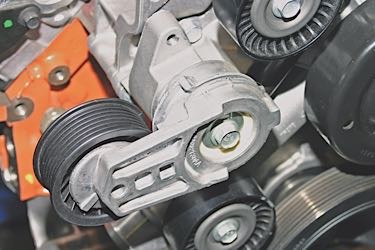 A technician’s senses are often the most valuable tools in helping assess what repair or replacement parts are needed on a given job. Specifically, the ability to visually inspect parts for wear and tear to know when it’s time for replacement is the calling card of any successful technician. But when it comes to modern serpentine belts, you can’t trust your eyes anymore to tell you when it’s time for a new belt.

It used to be that worn serpentine belts were easy to spot. All you had to do was glance at that cracked or frayed belt with pieces missing to know that a new belt was needed. That is because up until around the year 2000, neoprene was the material of choice for serpentine belts. Neoprene is known for its susceptibility to damage — particularly due to the effects of extreme temperatures and its relative pliability.

But with today’s serpentine belts consisting of better, more durable materials, those same cracks and chips are no longer reliable indicators of needed replacement. Modern belts consist of a more rigid Ethylene Propylene Diene Monomer (EPDM) material that resists the traditional telltale signs of a bad belt. Instead, technicians need to be more concerned with the depth of the grooves for the majority of the belts they come across.

When a belt is past the wear specification, the top of the groove bottoms out on the pulleys. The walls of the grooves on the belt are no longer able to grip and drive the accessories, yet the belt may still look fine on the outside. Essentially, these grooves start out as “V” shaped and become “U” shaped over time. This is commonly seen on vehicles with around 90,000-100,000 miles on the odometer — a time when a customer is prone to come into your shop with complaints of noise or loss of performance. These worn belts can spell trouble for the car’s charging systems, engine cooling and power steering functions.

There are simple tools available today that technicians can use to check belt grooves both on and off the car to know when it is time for replacement.

What to Watch Out For When Replacing Belts

Because EPDM belts are more rigid than their neoprene counterparts, related system parts can become more apparent with the unforgiving presence of a newer belt.

All too often, an old serpentine belt (or a broken belt) will be replaced with a new one. But the automatic tensioner is not inspected to make sure it is still working properly and in good condition. This can lead to rapid belt wear and repeat belt failures if the tensioner is weak or worn out.

This is why selling the complete serpentine belt job is important. If just the belt is replaced, the customer could end up replacing the belt sooner than normal and replacing other components when they fail.

While the engine is running, watch the different runs of the belt and look for flutter or excessive movement from the automatic tensioner. This can indicate that the tensioner is worn and/or the pulley or decoupler on the alternator needs further inspection. A spray bottle can be used to wet the belt to isolate typical belt noise from tensioner, idler pulley and attached component noises.

Spraying the ribbed side of the belt with the engine on will indicate a misalignment if the noise stops. If the noise gets louder, the amount of tension is the problem.

Inspect the outside of the tensioner for rust bleed seeping from inside the tensioner. This is an indication that the dampener or other internal parts have failed and metal-on-metal wear is occurring. Some tensioners have marks on the housing that indicate tension and belt stretch, but not the health of the tensioner. Additionally, look for leaking oil or accumulation of dirt around the idler and decoupler pulleys. This is an indication that the seals and possibly the bearings have failed.

Check Out The May Issue Of ImportCar Magazine
Connect with us