When any engine swap is done using a larger displacement engine, you have to look at the big picture. Everything around it must be addressed to handle the added horsepower. This includes the braking system, front and rear suspension, and the structure of the frame.

When I did my first Volvo V8 engine swap, it was a 1983 760 four-door sedan that had an anemic six-cylinder engine. I selected the 1992 LT1 Corvette FI engine, linked to a 700R4 automatic transmission and one-piece driveshaft. The stock rear differential held up over the years without problems, even though it had twice the horsepower and torque. It looked like a real sleeper, even with retaining the stock wheels but with larger profile tires. The climate control even worked but not as good as I wanted, considering the mounting of the compressor and V-belt drive. I drove the 1983 760 Volvo V8 for six years and perfected new ways to build the next killer Volvo. That’s why I chose the 780 Bertone for my second engine swap (the focus of this article); it had style and was meant for V8 power.

Finding a used, red 780 Volvo with a black interior was tough since only six were made for the U.S. (Many 780s had a two-tone tan interior, which I didn’t like.) I finally came across a mint 780 with only 90,000 miles, a turbocharged B230 engine, and a very clean body and interior. The powerplant of choice was a 1998 Corvette LS1 5.7L, SFI, OBD II, all-aluminum engine. The reason I chose this engine over the LT1 was the power-to-weight ratio and the all-new design with increased horsepower and efficiency. The LS1 engine generates 345 hp at 5,600 rpm and 350 ft.-lbs. of torque at 4,400 rpm.

The ‘97/’98 LS1 engine fuel system utilizes a two-line fuel delivery system as does the Volvo, so it made the installation look factory. I opted for the 1999 Camaro 4L60E automatic transmission because it’s compact and rugged, yet has a quality shift feel. A Tremic six-speed was a thought, though.

The one-piece driveshaft from the Camaro was installed using the factory Volvo multilink rear suspension, fitted with special anti-roll bars and urethane bushings that I designed. In this article, I will go into some detail about how I designed the mounting of the driveline, down to the electrical system modifications. This meticulous conversion was well worth the effort, as the result looks so much like a factory installation.

ENGINE BAY PREPARATION
As I removed the four-cylinder engine and transmission, I sold it to a waiting customer for the same amount for which I purchased the LS1 engine. That was a first! And the shop profited from the installation of the unit.

OTHER BELT DRIVE ACCESSORIES
The LS1 power steering pump was piped to the Volvo steering rack with ease and also had a reservoir tank mounted on top. The A/C compressor was also from the LS1’s unit and was routed to mate with the factory Volvo hoses and converted to R-134a. The climate control operated exceptionally.

Some other builders use the Ford 5.0L engine and clutch fan arrangement. I really didn’t care for that swap because of the oil pan design: It prevents you from mounting the engine close to the rear of the chassis and lowering it close to the crossmember. Having done many engine conversions over the years, I’ve learned to make the car look stock and keep performance in mind. What more could a customer want?

With that said, this project was the best ever. But Volvo should have built a V8 from the beginning; its 740 = 4-cylinder; its 760 = 6-cylinder, and its 780 should have equaled 8-cylinder. But, then, this conversion wouldn’t have been necessary! 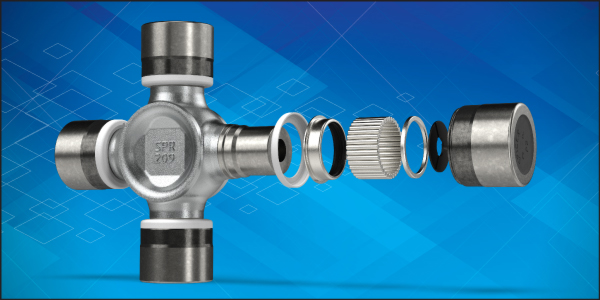