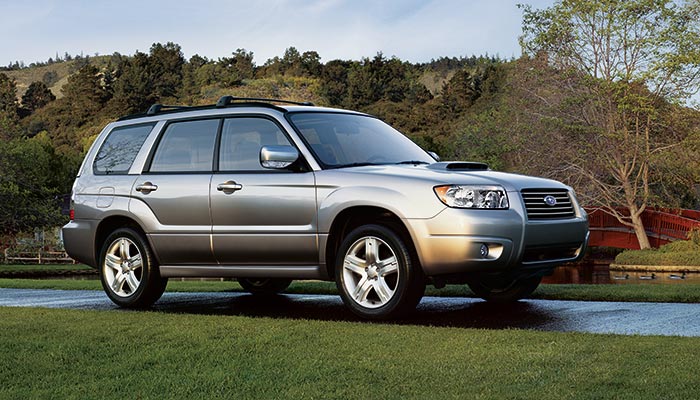 I think it might have been a 2003 Subaru WRX, but it was parked in front of my local Subaru specialist’s shop after going on its fourth fuel pump replacement from other shops in less than six months. Both the Subaru specialist and I agreed that fuel pump failures on Subarus were relatively rare, so the previous repair shops had obviously overlooked some very important details. 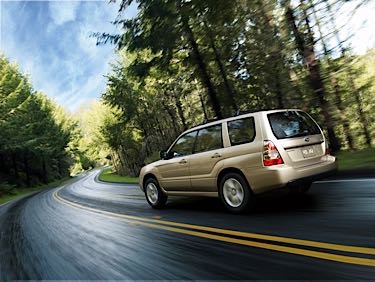 Since Subaru’s pulse-width modulated (PWM) fuel system is as simple as it gets, we’re featuring a 2008 Forester equipped with the turbocharged 2.5 L engine to illustrate this month’s Diagnostic Solutions.

I think it might have been a 2003 Subaru WRX, but it was parked in front of my local Subaru specialist’s shop after going on its fourth fuel pump replacement from other shops in less than six months. Both the Subaru specialist and I agreed that fuel pump failures on Subarus were relatively rare, so the previous repair shops had obviously overlooked some very important details. The last shop had actually installed a high-performance racing pump, thinking that the WRX’s turbocharged engine was “running out of fuel.”

Not trusting the “high-performance” replacement, the Subaru specialist had installed a new original equipment (OE) fuel pump. I mentioned that the WRX probably had a pulse-width modulated (PWM) fuel pump and should therefore have a fuel pump control module (FPCM) located somewhere on the chassis. We located the FPCM in the engine compartment, checked for power and ground and decided that the FPCM was intermittently defective.  The specialist replaced the FPCM and, at last report, the WRX was still running great.

The inputs required to operate a pulse-width modulated fuel pump system are generally produced by the engine control module (ECM), the FPCM and a fuel system pressure sensor. The ECM commands the FPCM to increase or decrease fuel pump on-time to meet the required fuel demands. If, for any reason, the fuel pump can’t meet the commanded values, a diagnostic trouble code is usually stored in the ECM.

Before we get into diagnosing PWM fuel pump systems, let’s review some basic fuel pump testing procedures. Any electronic fuel delivery system needs power and ground circuits, so check all fuses for voltage or continuity at both fuse pins. In most cases, it’s a simple task to eliminate the fuel pump relay as a possible cause by switching the relay with a less-used horn or accessory relay. The relay should generate a perceptible “click” as the ignition is turned on. Adding a gallon or two of gasoline from a safety-style fuel will help ensure that the problem is a faulty fuel pump rather than a faulty fuel level gauge.

Frame rail-mounted fuel filters should be tested or replaced. If the fuel system is equipped with a Schrader test port, measure the fuel pump’s pressure and volume against manufacturer’s specifications. 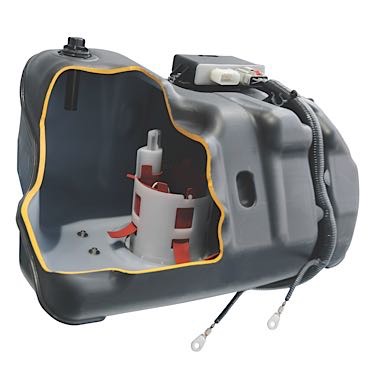 We’re going to use a 2008 Subaru Forester equipped with the turbocharged 2.5L engine to illustrate this month’s Diagnostic Solution. In most cases, a PWM system isn’t equipped with a Schrader test port. On the other hand, some gasoline direct fuel injection (GDI) applications might include a test port for measuring supply fuel pump pressure. Since PWM is a computer-controlled feedback system, it won’t include a mechanical fuel pressure regulator at the end of the fuel rail.

A wiring schematic for our 2008 Subaru Forester reveals that the system is equipped with a PWM fuel pump since it indicates that the FPCM is located behind the right rear quarter panel. A fuel pump relay is located behind the right side of the dash. A black wire with a yellow trace supplies power from the fuel pump relay to the FPCM. The current flow to and from the fuel pump is supplied by two wires connecting the FPCM and fuel pump. A black wire connects to the R147 ground joint connector at the right rear corner of the vehicle.

It’s easy to assign functions to some wires simply by tracing them through the schematic. For example, the black/yellow wire leading from the fuel pump relay obviously powers the FPCM. The black ground wire obviously grounds the FPCM, and both wires can be major failure points. Due to space limitations, I can’t go through all wiring functions, but now we have a starting point for diagnosing a fuel pump failure. 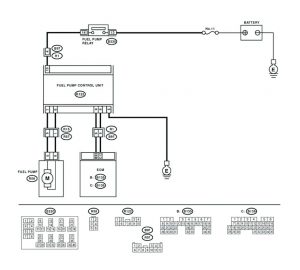 A PWM fuel pump system can most easily be identified and diagnosed by connecting a scan tool. With the scan tool connected and the engine or fuel system data screen pulled up, look for terms like “duty cycle” or “pulse width.” (It’s entirely possible, due to the large number of configurations in aftermarket scan tools, to see either term listed on the mechanically regulated fuel system.)

With mechanically regulated fuel injection systems, the “fuel pressure” data line will probably be missing. If it’s a GDI system, between 35 psi and 75 psi primary supply fuel pressure should be what is indicated along with the roughly 500 psi fuel pressure produced by the high-pressure fuel pump at idle speed.

When diagnosing any pulse-width modulated fuel pump, it’s important to begin by looking at diagnostic trouble codes. A code P0230 can be set on our 2008 Forester focus vehicle to indicate an intermittent-low or high fuel pressure condition. Looking at the enable condition, a minimum of 8 system volts must be available and the fuel tank must contain at least 2.64 U.S. gallons. The condition must last at least 30 seconds with the fuel pump turned on and the engine running. The time needed for on-board diagnosis is 2.5 seconds. The malfunction indicator light (MIL) will illuminate when the malfunction occurs during two consecutive drive cycles. P0230 will clear itself after an “OK” idling cycle is completed 40 consecutive times or after an “OK” driving cycle is completed three consecutive times. Freeze-frame data will accompany code P0230. The actual diagnostic procedure for P0230 is contained in a separate document and consists of measuring the integrity of the PWM fuel pump circuit.