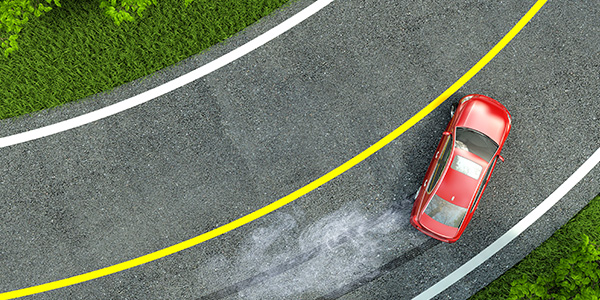 Today, no matter how far our mental faculties might wander, we now have automatic emergency braking (AEB) systems constantly searching our driving lanes for slower-moving vehicles or motionless objects.

All of us have had one of those “Oops!” moments when we look up from our instrument panels or from fiddling with our smartphones only to discover that the vehicle ahead of us isn’t moving nearly as fast as we are. In years past, the outcome would be a full panic stop accompanied by the whump of crunching sheet metal and the pop of exploding air bags.

Today, no matter how far our mental faculties might wander, we now have automatic emergency braking (AEB) systems constantly searching our driving lanes for slower-moving vehicles or motionless objects. In 2018, AEB was offered on roughly 31% of mass-produced vehicles in combination with many different variants of advanced driving assist systems (ADAS). Like airbags and anti-lock brakes, we can expect nearly 100% of all production vehicles to be equipped with AEB in the near future.

The key factor in understanding AEB is that it has an electronic reaction time measured in thousandths of a second and that it can apply the brakes long before the need registers upon our human senses. AEB’s nearly instant reaction time will change how we perform steering, suspension and brake services. With AEB, each steering, suspension and brake component must react instantly and perform perfectly each and every time.

Unfortunately for this discussion, ADAS terminology isn’t standard among manufacturers. ADAS is advertised, for example, as “Intelligent Drive” by Mercedes Benz, while Nissan calls its ADAS system “Intelligent Mobility.” In many cases, proprietary labels do little to identify system function. And, while automatic emergency braking (AEB) isn’t new technology, it’s not currently sold as a stand-alone system. To better understand the technology, think of AEB as a software system that’s been networked with many other ADAS features since 2018.

Currently, AEB appears in many production vehicles as one item in a “suite” of safety systems that include some, but not all, ADAS-related safety features. Much of the terminology also depends upon the trim packaging and vehicle cost.

At present, the American Automobile Association (AAA) is mounting an effort to standardize ADAS terminology as much as possible. According to AAA, active braking or AEB has as many as 40 “unique” trade names. Adaptive cruise control has up to 20 unique trade-name identifications, so we’re looking at a daunting task when translating trade names into standard nomenclature. In the meantime, be prepared to sort your way through a virtual maze of unique system trade names to determine which features are offered for any specific vehicle.

WHAT MAKES IT TICK

In most cases, closing distance is measured by a small radio detection and ranging (RADAR) transmitter mounted in the grille area and in some applications by miniature cameras mounted inside the windshield. In contrast to radar, some higher-end applications might use light imaging detection and ranging (LIDAR) systems using laser beams to provide an electronic picture that allows the AEB control module to accurately measure the size, shape and disposition of any stationary or moving object in the driven lane. Keep in mind that much of this “visual” data might be also shared with other elements of the ADAS system via bus communications.

While adaptive cruise control basically operates through the engine’s electronic throttle assembly, AEB is intimately networked with the vehicle’s anti-lock braking system module. When closing speed indicates an impending collision, AEB assumes control of the ABS module and applies the braking power needed to either avoid the collision or reduce vehicle impact if the collision can’t be avoided. All of this literally happens in the blink of an eye.

Given the role of AEB in vehicle safety, the issue of legal liability surrounding AEB system service has arisen in a number of industry forums. It’s a valid issue because AEB must work perfectly and instantly when the need arises. There are parallels here to the late 1980s when air bag or supplemental restraint systems (SRS) became standard equipment on many imports – some shops avoided touching SRS due to potential legal liabilities.

Once technicians understood that SRS used key-on self-diagnostics to detect any system faults before the engine actually started, only then did many independent shops begin to routinely service air bags.

I’m not going to be so bold as to say that all AEB systems have those same fool-proof features. The reason for my reluctance is that, unlike SRS, the integrity of AEB can be seriously compromised by using substandard brake repair procedures. Remember that AEB must act instantaneously and perfectly each time the system must make an emergency stop.

It’s my opinion only, but I think your general rule should be to restore AEB service brakes to the original equipment manufacturer’s (OEM) standards. The common practice of offering “good, better or best” should not be a customer option when servicing brake friction on vehicles equipped with AEB. The replacement brake pads need to meet the OEM’s performance characteristics for ability to generate the same amount of brake torque under a wide variety of conditions. Similarly, the replacement brake rotors should possess the original design characteristics and frictional qualities of the OEM rotors.

In addition, brake calipers and hoses should be carefully inspected for deterioration or potential loss of function. If AEB senses a vehicle instantaneously appearing before its radar or cameras, it will slam on the brakes before the driver has a chance to react. If a sticking caliper or clogged brake hose causes the vehicle to swerve out of its driving lane, the results could be catastrophic. And don’t forget that poorly aligned steering systems and under-inflated or mismatched tires and wheels can have the same effect. The upshot is that, until we see these vehicles in real-time and until we have the capability to explore their system electronics first-hand, it’s always best to leave no doubt as to the functionality of the service brakes.

Remember that the wheels and steering gear must be perfectly aligned with the vehicle centerline before any AEB sensor adjustments can be made. Most leading-edge wheel alignment machines are software-driven and have the capability to not only accurately measure the relationships of the wheels to the vehicle centerline, but also to produce service information, tooling requirements and even how-to videos on alignment procedures. Presumably, the manufacturer of your machine will be forthcoming with the aftermarket tooling and service information for servicing AEB-equipped vehicles.

If your import shop is doing sublet alignments for collision repair shops, you’ll soon be confronted with AEB issues. If the front sheet metal or bumper cover has been removed for access or an impact has occurred that might disturb the alignment of the AEB radar transmitter, the radar unit must be mechanically aligned to project a beam at an exact specified height and along the geometric center of the driving lane. Unless correctly aligned, the radar unit might sense vehicles and events occurring in adjacent driving lanes.

That said, replacing windshields on AEB-equipped vehicles can require several stall spaces to correctly align windshield cameras with targets placed around the vehicle. So, we’re in a slightly new era in routine automotive services. At this writing, tooling and training is pretty much up in the air as far as accessibility and affordability. My advice would be to take some in-depth training classes as soon as possible to gain a more detailed insight on these issues. Last, and certainly not least, play it safe by tooling for your current workflow. Like the air bag issues of the 1990s, the issues surrounding AEB and ADAS might not be as complex as they currently appear, and that’s all we can wish for in this month’s Diagnostic Solutions.

Toyota calls its ADAS systems “Safety Sense.” Well enough, but let’s cross-walk some of Toyota’s most pertinent safety features with those currently recommended by the American Automobile Association (AAA).

If you’ve noticed, AAA appears to be dedicated to helping independent automotive service providers adapt to modern vehicle safety technology, which is good for our businesses. That said, get ready to make the “Quick Stop!”

Advertisement
In this article:Brakes, Diagnostic Solutions

Making The Quick Stop: Getting Ready For Active Braking Services

Alignment Specs: Scion FR-S And Subaru BR-Z
Connect with us 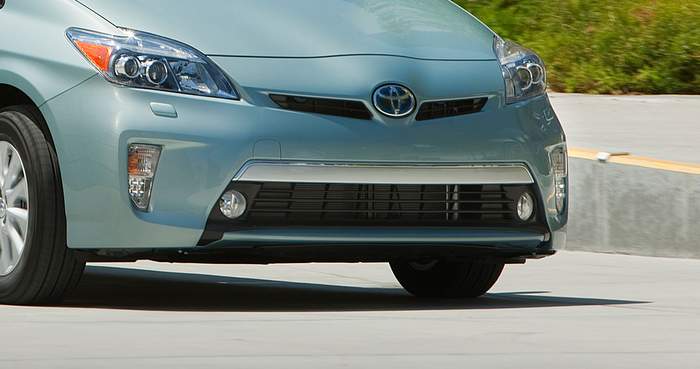