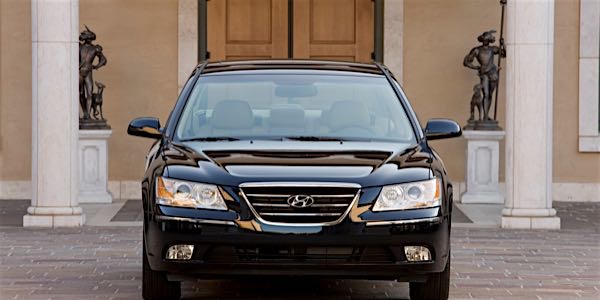 There is no doubt that the Hyundai line has come a long way in the last 10 years, and they are certainly gaining in popularity – the result of a good product being offered at a competitive price point. We work on a lot of Hyundais and we have many customers who commute 80 to 100 miles a day getting to work.

This month, we’re doing something a bit different as we look at Hyundai fuel systems and some of the emissions-related problems you may encounter. First, we’ll take a look at a couple of diagnostic issues that you will face, and then, take a deeper dive with a case study vehicle that gave us more trouble than we expected. There is no doubt that the Hyundai line has come a long way in the last 10 years, and they are certainly gaining in popularity — the result of a good product being offered at a competitive price point. We work on a lot of Hyundais and we have many customers who commute 80 to 100 miles a day getting to work. So, while the Hyundai line of vehicles serves them well, it also provides abundant service opportunities as the miles rack up.

For the most part, these cars are really reliable, so you should enjoy a lot more maintenance work as opposed to driveability issues. But that’s not to say they won’t give you the occasional challenge. 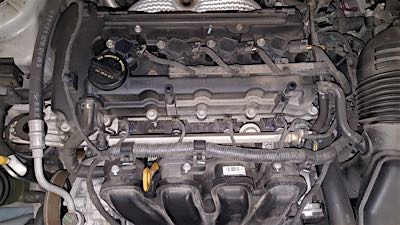 We’ll start with EVAP system problems that present themselves in a couple of ways. The most common will be a check engine light that alerts the driver that there is a problem with the system, but exhibits no signs. In that case, you’ll be going through the usual routine of looking for leaks in the system with a smoke tester or a good visual inspection. Another problem that you may encounter is a vehicle where you can’t get fuel in the tank, such was the case with a 2010 Sonata we had in the shop. You are on the right track if your first thought is that the vent valve is stuck closed, but note a new vent valve may not fix the problem. We went through the steps of checking the vent valve by operating the valve with the scanner, and we were surprised to find the valve operating as expected. A quick blow into the vent line showed the problem to be a blocked line. It didn’t take long to find the inline filter blocked solid, with no replacement available for this expensive part. With a little research, we learned that the cars built later that year did not use the filter, but rather, it was replaced with a piece of tubing. The car can now be filled with gas without a problem, and we have not seen any problems with the filter on the vent valve.

Another EVAP issue that will set both an EVAP code and a system lean code will be a purge valve that is stuck slightly open. Hopefully you are using every function that your scan tool offers when diagnosing these problems. I’m always reminding my techs to do so, and one of the first questions I ask when we’re discussing an issue is, “What was the freeze-frame data, and what do you have for fuel trims?” The freeze frame will tell what code it is looking at, along with plenty of valuable data that will help you determine the conditions when the code was set.

When you are looking at the freeze-frame data on a Hyundai with the purge problem, first make note of the code for which it was set. In this case, we would have the information we need no matter what code is responsible for the freeze frame. Look at the fuel trims and, by now, we should all be familiar with what these numbers represent. However, it never hurts to review.

The fuel trim is telling you what the engine control unit is doing to keep the air/fuel ratio where it should be. If all is well, you would expect to see a number very close to zero. If you are seeing a positive number, the system is adding fuel, while a negative number means it is taking fuel away with the adjustment being made by varying injector “on time.” Be sure to look at both the long- and short-term trim to get the whole picture. Keep in mind that the long-term trim will represent what has been happening, while the short-term is reporting the current activity. Ideally, both should be within single digits of zero. As the long-term trim moves, the short-term trim will move closer to zero. You may see a good short-term number but, remember, it is based off of the long-term, so you have to look at both readings. 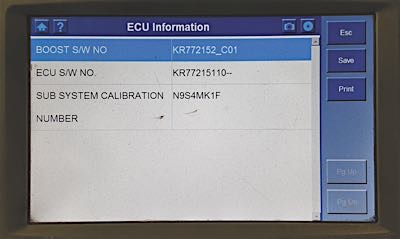 Hyundai, like most carmakers today, uses an air/fuel ratio (AFR) sensor to monitor the mixture before the catalytic converter, unlike an oxygen sensor that acts like a rich/lean sensor by crossing the half-a-volt mark and telling the system to add or subtract fuel. The AFR sensor uses improved technology and sends a more consistent milliamp signal that actually represents the current air/fuel ratio.

Depending on the type of scanner you have, it may not offer the milliamp signal. Some will offer you a voltage number representing output, but they will all give you the short-term trim number that is a good indicator of how the sensor is working. Personally, I prefer the milliamp parameter and will use an enhanced scanner to get it. With an AFR sensor, a negative mA reading represents a rich condition, while a positive number represents a lean condition.

Knowing this, we can look at our freeze-frame data and get a pretty good idea if you are dealing with a bad purge valve. It is important that you know what parameters to look at with freeze-frame data. The easy answer is to look at all of it. Right off, take a look at the engine and vehicle speed, as well as the coolant and intake temps. Now, you’ll know the basic conditions under which the code was set. From there, look at the fuel trims to determine what the engine is asking for. We know a purge valve that is stuck open will let unmonitored air into the intake system (a vacuum leak). We also know that a vacuum leak will have the AFR sensor commanding additional fuel. This will drive both our long- and short-term trim numbers into the positive numbers, and when they get high enough, usually over 25 or so, the system lean code will be set.

So, if you have a Hyundai with an EVAP leak code and a system lean code with the freeze-frame data showing positive numbers at idle, check the purge valve before going too much further. The purge valve is normally controlled by a duty cycle and is commanded closed for the EVAP system leak test. With the valve removed, it should be closed and not pass any air. If it is open, tap it on a piece of paper, looking for pieces of carbon from the canister. Depending on the amount of carbon you see, it may be a good time to replace the canister.

Air Management Systems: Controlling Air From The Throttle Body To The Combustion Chamber

Hyundai Idle Stop And Go (ISG): Start/Stop Systems Are Here And Out Of Warranty