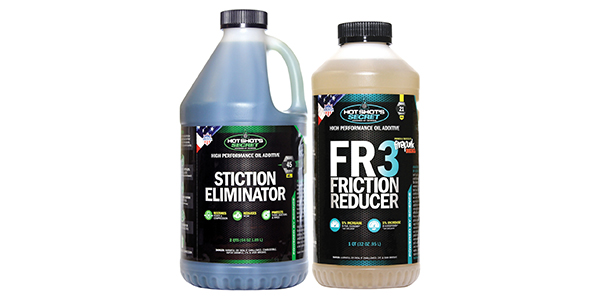 The first step in the treatment is to use Stiction Eliminator for overall cleaning of the engine’s oil system. In many cases, this treatment alone has restored injectors that are failing due to the burnt sticky oil that accumulates in the engine over time. Based on comparative tests using the ASTM D4828 Standard Test Method, Stiction Eliminator removes 50 percent more stiction than leading competitors and is proven to reduce engine wear by 62 percent. Simply add Stiction Eliminator when making a fresh oil change. For a light car with a four to six quart engine capacity, the initial clean-out requires just 16 ounces of this first step of the treatment.

Following Stiction Eliminator, Hot Shot’s Secret recommends adding their FR3 Friction Reducer on the next oil change at a ratio of 1.5 ounces to every 1 quart of oil for long-term engine performance, restored power and improved MPG. FR3 is a synthetic friction reducer with three patented technologies. The formula uniquely contains patented synthetic lubricants with lubricating properties compared to PAO or mPAO synthetics of the same viscosity. The anti-wear component of the formula is a proprietary carbon nano particle that fills in microscopic irregularities on the machined surface to provide a smoother surface for the lubricating film to form. The result of using the Hot Shot’s Secret Two Step Oil Treatment is a newly cleaned oil system now fully protected for maximum long term performance. Combined, the treatment first thoroughly cleans the engine¹s oil system, then with FR3 added extends the base oil performance in shear stability, oxidation stability and film strength. Test results demonstrate a reduction in friction that can cause power robbing heat and improved fuel economy up to 5 percent. 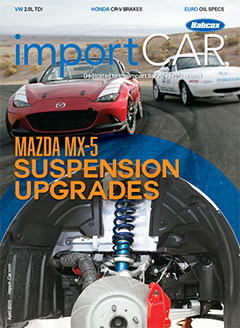