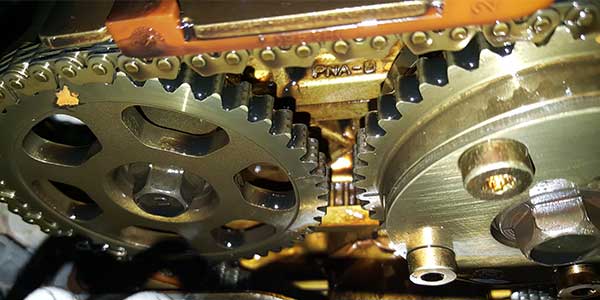 In this article, we’ll be taking a look at a 2003 four-cylinder Accord that came in with a check engine light complaint, but no reports of driveability issues. It was due for a New York state inspection, so it had to be repaired. The code was persistent, setting itself consistently on the second startup.

In this article, we’ll be taking a look at a 2003 four-cylinder Accord that came in with a check engine light complaint, but no reports of driveability issues. It was due for a New York state inspection, so it had to be repaired. The code was persistent, setting itself consistently on the second startup.

Checking the code, we had a P0341 for cam and crank sensor phasing. As we road-tested the car, although it was slightly down on power, it ran fairly well considering it had 195,000 miles on the clock. When discussing phasing, we’re referring to the relationship between the crankshaft and camshaft sensors. What this really tells us is when the cam and crank timing are off. Don’t be tricked into thinking there is a problem with the sensors; there are other codes related to sensor problems. If you think about it, the sensors have to report back to the ECU for it to know the phasing (timing) is incorrect. What we knew was the code would “hard reset” during the second start at idle. The car ran OK, but was a bit down on power and, as mentioned earlier, the customer didn’t notice it. Talking it over with the tech, we decided the only other system that could be responsible for such a code on this era Accord would be the variable cam timing system, also known as i-VTEC or Intelligent Variable Valve Timing and Electronic Lift Control. If the VTEC oil control solenoid is stuck open, or if the cam gear failed and is not locked, it would certainly provide different results than expected at idle and could be the culprit responsible for this code. With a little research, the young tech was ready to confirm the problem on the Accord. The first step was to remove the VTEC oil control solenoid from the timing chain cover to confirm it would open and close smoothly. This was easily accomplished by providing power and ground. Once the operation was confirmed, it was set aside as we got ready to remove the valve cover and continue our testing.

At this point, we contacted the customer to explain the situation and get approval for the timing chain job, should our findings come down to that. Your shop may have a different policy than we do on things like this, but we don’t like to spend hours on diagnostics that help bring us closer to getting the job done, only to have the customer decide they don’t want to or can’t afford to continue with the repair. I don’t like having to charge hours for diagnostic time and not be able to deliver a repair, so we always get approval first. In this case, the customer was willing to make the investment in the vehicle, so we moved to the next step and started the repair.

Tip – Remember to always turn these engines in the proper direction of rotation to prevent the timing chain from jumping.

Before removing the tensioner, measure how far the piston has extended from the body. If it is out more than a half inch, the chain has stretched and is likely causing the problem.

To remove the sensor, push the piston in, align the holes in the lock lever and tensioner and insert a pin to hold it. Now, it can be removed without coming apart.

Be extra careful when applying the sealer and installing the front cover, making sure to reference your service information. It can be extremely frustrating having to pull a successful job back down to repair an avoidable leak. Don’t forget a new front crank seal, and a put little thread lock and seal on the crank bolt.

Honda: Engine Shuts Off, Power Mode Stays In ON Or ACCESSORY

Honda Active Grille Shutters: How They Work
Connect with us 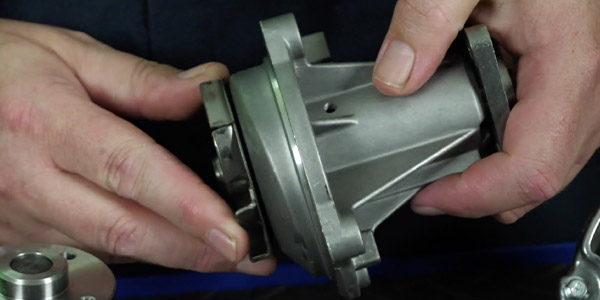