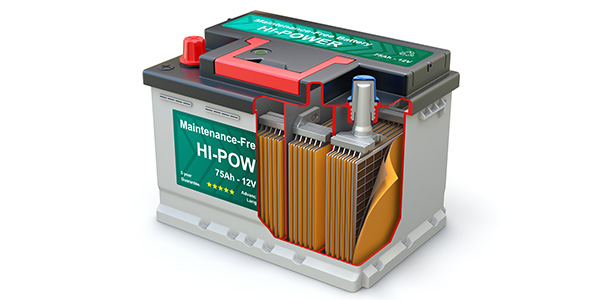 In each of these cases, a specific gravity and carbon pile load test confirmed that the battery was bad. I’m not an electrical engineer, but I believe that varying degrees of battery plate sulfation might have caused my high-dollar conductance tester to indicate that the battery was good when, in fact, it was not.

Since batteries are a generic component, I’m going to use a composite vehicle to provide the test data needed to detect a sulfated battery failure. As we shall see, battery diagnosis is all about volts, amps and time. See Photo 1. 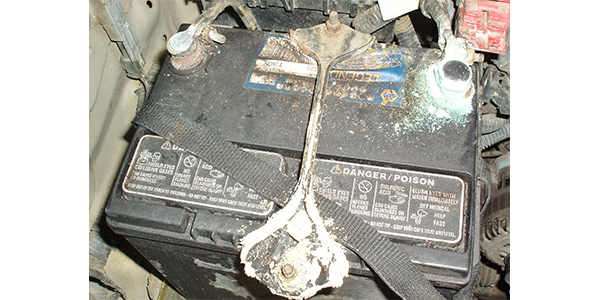 Photo 1: Despite its appearance, the battery on this Nissan passed all tests with flying colors after being serviced.

BATTERY SPECIFICATIONS
Let’s begin this month’s Diagnostic Solutions by examining battery specifications. A battery’s cold cranking amperage (CCA) indicates available cranking amperage for 30 seconds at 0º F while maintaining at least 7.2 volts across the terminals. Not to be confused with CCA, the numerically higher cranking amp (CA) specification is rated at 70º F for warm climates.

The reserve capacity specification indicates how long the battery will discharge at a specific rate until battery terminal voltage reaches 10.5 volts. Since battery manufacturers publish different specifications for reserve capacity, I’m using a typical 25-amp/hour discharge rate. At a 25-amp discharge, a 95-amp/hour original equipment (OE) battery should power the vehicle for about 3.8 hours until it reaches the 10.5-volt failure threshold.

TESTING METHODS
I don’t know of any single method that is perfect for testing all batteries. Specific gravity testing uses a calibrated float gauge to compare the density (weight per unit volume) of the electrolyte with the weight of pure water. In brief, the closer the electrolyte is to pure water (1.00), the less charge each battery cell has. A specific gravity reading of 1.265 times the density of pure water at room temperature (80º F) indicates a fully charged battery cell. Cells shouldn’t vary by more than 0.050 specific gravity.

Adjustable carbon pile testing still has its place in the modern shop, but there are limitations. The battery must be fully charged with a core temperature of 70º F. The battery must also be load-tested at one-half of rated CCA for 15 seconds while maintaining at least 9.6 open-circuit volts (OCV). A fully charged battery in a good state-of-health (SOH) should rebound to 12.6 OCV after the load test. Remember that new batteries are often manufactured to exceed their rated CCA to reduce warranty claims. For this reason, I’ve had new batteries with bad cells pass a carbon pile test.

The conductance tester wins hands-down in a speed contest because it can evaluate partially discharged batteries. On the flip side, conductance testing isn’t always accurate. As we’re going to see in our composite vehicle, an obviously defective battery can occasionally pass a conductance test, which will lead the diagnostic process astray. 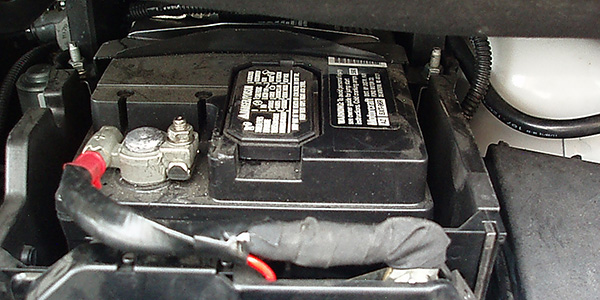 Photo 2: The ground cable (upper right) on this well-maintained but highly sulfated battery is easily accessed for parasitic drain testing with an amp clamp.

OPEN-CIRCUIT VOLTAGE
The normal open-circuit voltage (OCV) for a fully charged flooded-cell battery with surface charge removed is 12.6 volts. Surface charges above 12.6 OCV will rapidly dissipate within a few minutes under a 10-amp electrical load. The battery is about 60% charged at 12.4 OCV. Since a battery has little cranking amperage remaining at 12.0 OCV, that number represents a completely discharged battery. When cranking voltage at the battery terminals falls below 10.5 volts, diagnostic memories can be erased and barometric adaptives can shift to sea-level values. See Photo 2.

BATTERY RECHARGING
It’s easy to overheat any Absorbed Glass Mat (AGM) battery during charging, so use a battery charger specifically designed to keep charging voltage as low as possible. In most cases, I recharge partially discharged flooded-cell batteries at 20-30 amps. Charging voltages exceeding 17.0 volts can severely damage system electronics, so it’s best to recharge a battery with the negative cable removed.

A battery must pass through the bulk charging mode (high amperage, low voltage) and the saturation mode (about 14.2 volts, nearly zero amps) before it is fully charged. An optional “float” or sustained maintenance mode of 13.2 to 13.5 volts will prevent normal self-discharge and plate sulfation. Any discharged battery that immediately recharges without passing through the bulk and saturation charging modes likely has sulfated plates.

THE 3-DAY BATTERY DRAIN
To begin our case study, our composite vehicle completely discharges its battery in exactly three days. This vehicle also requires about 30-45 minutes for all modules to go off-line before a parasitic drain test can be made.

Testing parasitic drain requires time and patience. Rushing the job by pulling fuses and disconnecting component parts to locate a parasitic drain can not only erase history codes, but create new codes as well. The best strategy is to use a non-invasive method to locate offending circuits by testing voltage drop across the fuse pins. In brief, the fuse with the highest voltage drop represents the suspect circuit. A power distribution schematic will lead you to the offending component. 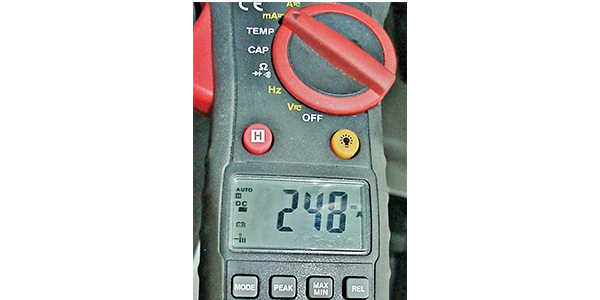 CALCULATING PARASITIC DRAIN
Time is the most important factor when diagnosing a parasitic drain. Let’s begin with an OE reserve capacity battery rating of 95 amp/hours. Three days are required for the battery to fully discharge, so three days x 24 hours = 72 hours. Dividing our battery’s 95 amp/hours reserve capacity rating by 72 hours = a parasitic drain of 1.32 amps per hour until we see 10.5 OCV at the terminals. This relatively high 1.32-amp/hour drain rules out small incandescent bulbs and the like.

Our composite vehicle’s initial parasitic drain is 248 milliamperes (mA) until all modules go off-line (see Photo 3). Once all modules go off-line, the parasitic drain is only 0.035 amps or 35 mA (see Photo 4). Dividing 95 amp/hours by 0.035 amps = 2,714 hours, or 113 days of battery operation until the battery OCV reaches 10.5 volts. So, instead of blaming the vehicle for draining the battery, I’m blaming the battery itself. 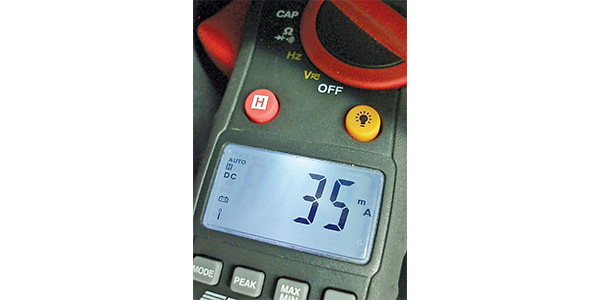 Photo 4: After about 30 minutes, all modules are off-line, which leaves a steady parasitic drain of 35 mA, well under the recommended maximum of 50 mA.

BATTERY SULFATION
Our composite vehicle diagnosis involves a 5-year-old OE battery nearing the end of its reliability curve. In addition, our 2013 composite vehicle has only 10,000 miles on the odometer. Both factors indicate that the battery had plenty of opportunity to sulfate because the vehicle has been parked for extended periods of time.

When a vehicle is driven only on short trips or parked for extended periods, the sulfuric acid in the battery electrolyte eventually breaks up, leaving a coating of lead sulfate crystals on the battery plates that inhibits the recharging process. In this case, the “dead” battery by-passed the bulk and saturation charging modes by completely recharging in an unrealistically short 20-minute period. Following up with a carbon-pile load test, the battery failed.

Advertisement
In this article:Battery, Battery Recharging